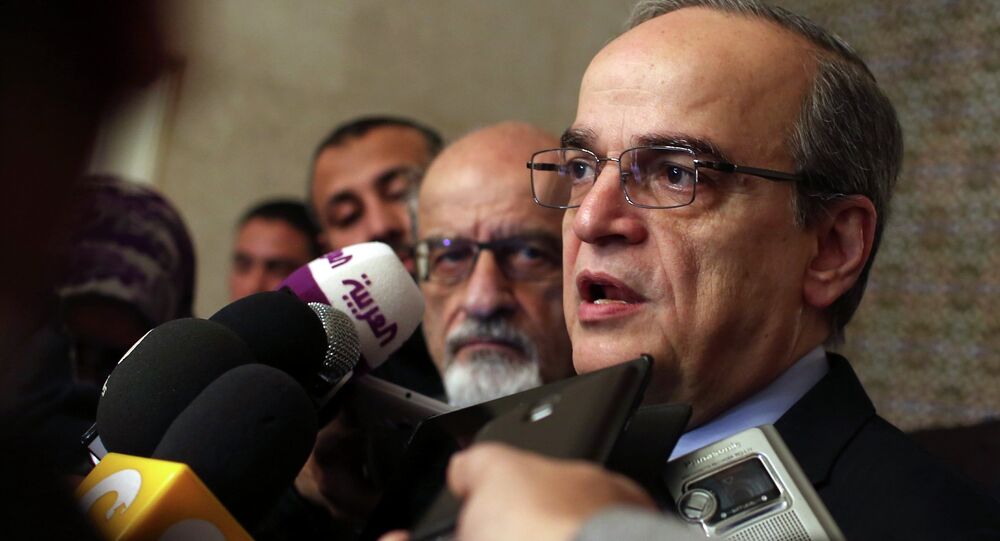 Two Syrian opposition parties intend to sign a memorandum of understanding in the next few days, stipulating the creation of a transitional government, which will be followed by presidential and parliamentary elections.

One of the main points of the memorandum, which is expected to be signed by the Syrian-based National Coordination Committee (NCC) and the National Coalition of Syrian Revolution, headquartered in Istanbul, is the creation of a transitional government with "broad powers", the TV channel reported Sunday.

The document also includes the formation of a military council. Under the draft memorandum, the transitional period should end with universal "transparent presidential elections" and the creation of a new parliament, as well as the formation of governance institutions.

Since December 25, representatives of the two opposition groups have been holding meetings in Cairo. The aim of the negotiations is to unite the opposition before the upcoming meeting in Moscow.

Earlier this week, Majd Niazi, Secretary General of the Syria Homeland Party (Souria Al Watan) said that reconciliation talks between Syrian government and opposition representatives could begin in Moscow on January 22 or 26. On Saturday, the Syrian government officially confirmed its willingness to participate in the Moscow meeting.