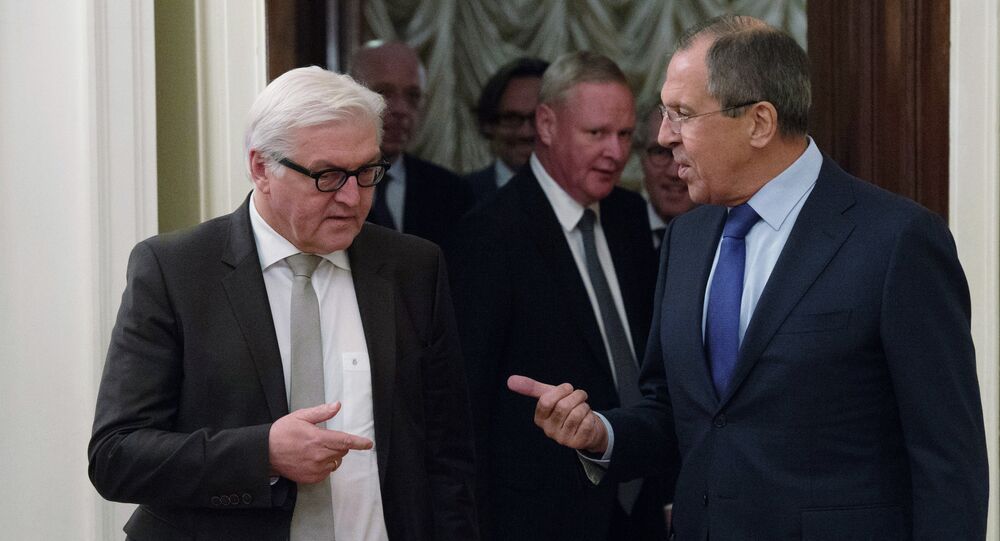 German Foreign Minister Frank-Walter Steinmeier urged the Contact Group on Ukraine to hold a new round of talks as early as possible.

"We support the tireless efforts of the OSCE to bring together all participants of the contact group at the negotiating table as soon as possible. All parties, including Moscow, are still encouraged to constructively use their influence on the parties of the conflict and thus make an important contribution to the stabilization of the situation," Steinmeier's statement, obtained by RIA Novosti, reads.

According to the minister, the time "is running out due to the unstable situation in the region." For the sake of Ukrainian citizens the representatives of the international community involved in the settlement process should "work to bring to life the Minsk agreements and improve the situation by all means," Steinmeier added.

The German minister also welcomed the recent exchange of prisoners between the conflicting sides, which took place on Friday.

The Contact Group on reconciliation in Ukraine, which comprises envoys from Russia, Ukraine, the self-proclaimed Donetsk and Luhansk people’s republics and the Organization for Security and Co-operation in Europe (OSCE), met on Wednesday in Minsk for a new round of talks. The second meeting was scheduled for Friday, but did not take place.

The Contact Group on Ukrainian crisis reconciliation previously met in Minsk on September 5 and 19. Those talks resulted in a ceasefire agreement between Kiev and independence supporters.

Russia to Deliver 500,000 Tons of Coal Per Month to Ukraine: Official