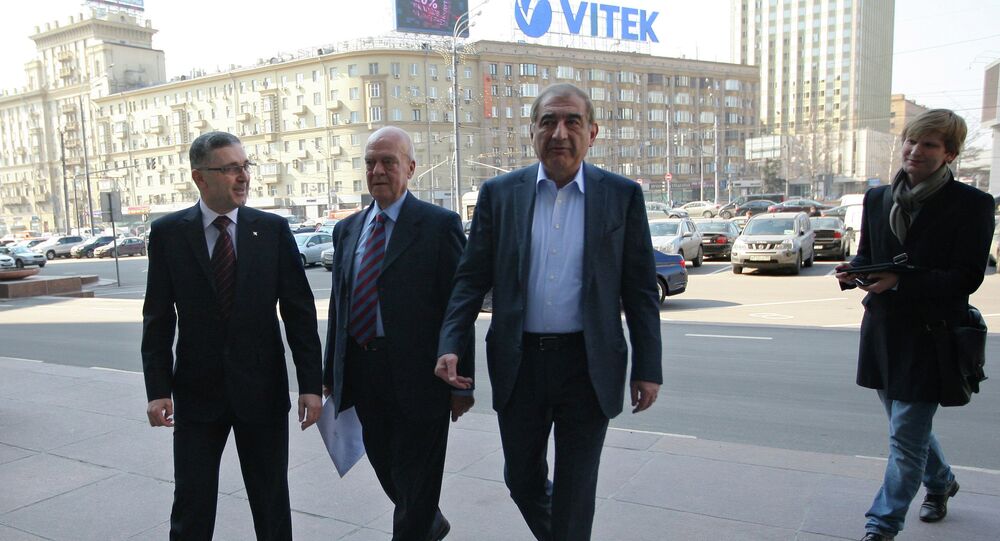 © Sputnik / Andrei Stenin
Moscow, Tehran Have Power to Prevent Foreign Invasion to Syria: Official
Moscow’s planned meeting of Syrian government and opposition envoys in January is intended to pave the way for a broader dialogue and is in line with the Geneva reconciliation process, he said.

“Russia’s initiative to hold a meeting in Moscow absolutely does not replace the internationally recognized basis for the Syrian reconciliation,” he said.

The official described the event as “a consultative and preparatory meeting and contacts between representatives of moderate Syrian opposition and the Syrian government.”

Two international conferences on Syrian reconciliation took place in Geneva in June 2012 and January 2014 but produced no major results.

© REUTERS / Lucas Jackson
UN Special Envoy for Syria Refuses Meeting With Syrian Opposition
In October, Russian Foreign Minister Sergei Lavrov said during talks with Staffan de Mistura that Moscow called for the resumption of the reconciliation talks and all the countries neighboring with Syria should be invited to take part in them. Moscow later offered to host the talks.

On Wednesday, a diplomatic source told RIA Novosti that a wide spectrum of Syrian opposition would be invited to the conference, which is expected to last four days.

Syria has been engulfed in a bloody civil war since March 2011 with the country's government fighting various insurgent groups, including the Islamic State. According to the United Nations, the conflict currently is the largest refugee crisis in the world and has claimed over 200,000 lives and forced millions to flee to neighboring countries, with the largest numbers of refugees arriving in Lebanon, Turkey, Jordan and Iraq.