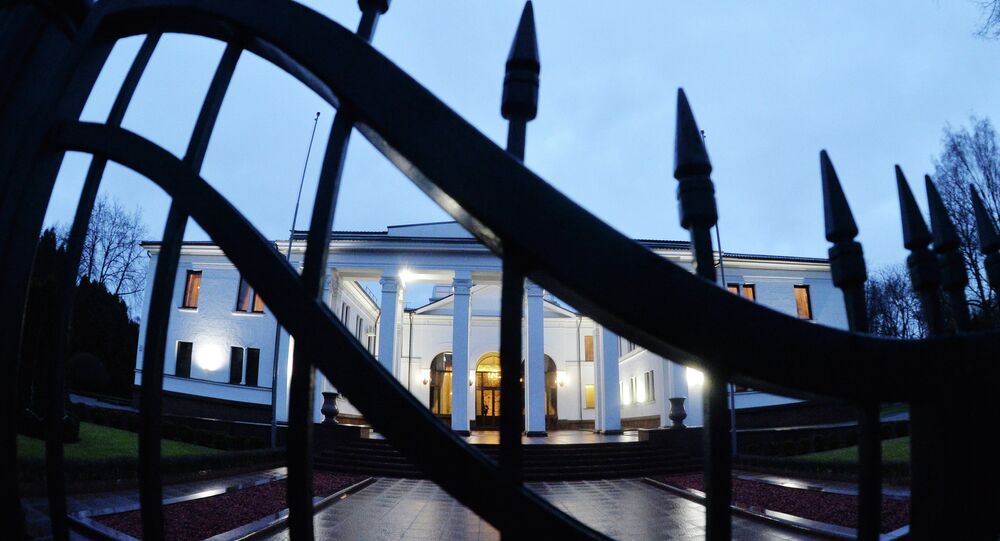 Chief negotiator of the self-proclaimed people's republic of Luhansk said that the recent talks of the Contact Group on Ukraine in Minsk were difficult to conduct.

LUHANSK, December 25 (Sputnik) – The recent talks of the Contact Group on Ukraine in the Belarusian capital, Minsk, were difficult to conduct and the date for the next meeting has not been established, Vladislav Deinego, the chief negotiator of the self-proclaimed people's republic of Luhansk (LPR), has said.

"As Deinego specified, the talks were difficult and were of a preparatory nature. He also emphasized that the date of the next meeting has not been determined," a statement released by LPR Wednesday said.

The so-called Contact Group on Ukraine comprises representatives of Russia, the Kiev government, the self-proclaimed people's republics of Donetsk and Luhansk (DPR, LPR) and the Organization for Security and Co-operation in Europe (OSCE).

The latest meeting of the Contact Group took place in Minsk on Wednesday.

Before the meeting, DPR negotiator Denis Pushilin said that the talks would focus on the withdrawal of heavy weapons from the line of contact between conflicting parties in Ukraine's south-east, prisoner swaps and the end of an "economic blockade" imposed by Kiev on DPR and LPR.

The previous meetings of the Contact Group on Ukraine took place in Minsk on September 5 and 19. The talks resulted in a ceasefire agreement between DPR and LPR and Kiev, which launched a military operation in Ukraine's south-east in mid-April, in response to local residents' refusal to recognize the new government which came to power as a result of a coup in February.

Despite the truce, both independence supporters and Kiev forces have accused each other of violating the Minsk agreement multiple times.