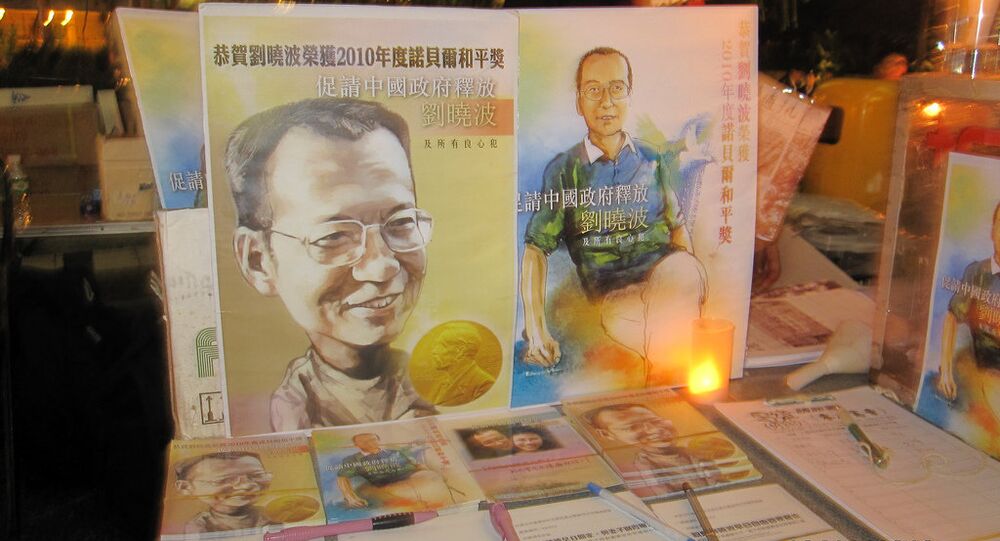 China Has to Free Nobel Peace Prize Winner: US Secretary of State

US Secretary of State John Kerry said that the United States has reiterated its call to release the Chinese political prisoner and Nobel Peace Prize winner Liu Xiaobo on the fifth anniversary of his sentence.

WASHINGTON, December 24 (Sputnik) — The United States has reiterated its call to release the Chinese political prisoner and Nobel Peace Prize winner Liu Xiaobo on the fifth anniversary of his sentence, US Secretary of State John Kerry said on Wednesday.

"The United States remains deeply concerned that China continues to incarcerate Liu Xiaobo and hold his wife, Liu Xia, in extralegal house arrest. We reiterate our call on China to release Liu Xiaobo and to remove all restrictions on Liu Xia," Kerry said in a statement.

Liu Xiaobo, 2010 Nobel Peace Prize winner, spends the fifth anniversary of his conviction for "inciting subversion of state power" in prison. Liu Xiaobo was detained in 2008 for being involved in preparing a petition calling for political change in China, and on December 25, 2009, the Beijing court gave him an 11-year sentence.

"Liu Xiaobo is a courageous and eloquent spokesperson recognized throughout the world for his long and non-violent advocacy for human rights and democracy in China," Kerry stressed.

In his statement, Kerry also called on the Chinese leaders to release all other individuals detained in China for peaceful expression of their views, including Ilham Tohti, Pu Zhiqiang, Gao Zhisheng, Yang Maodong, Gao Yu, and Xu Zhiyong.

"In addition, we request that Chinese leaders guarantee them the protections and freedoms to which they are entitled under China's international human rights commitments," Kerry underscored.

Reading Chinese in the Mideast