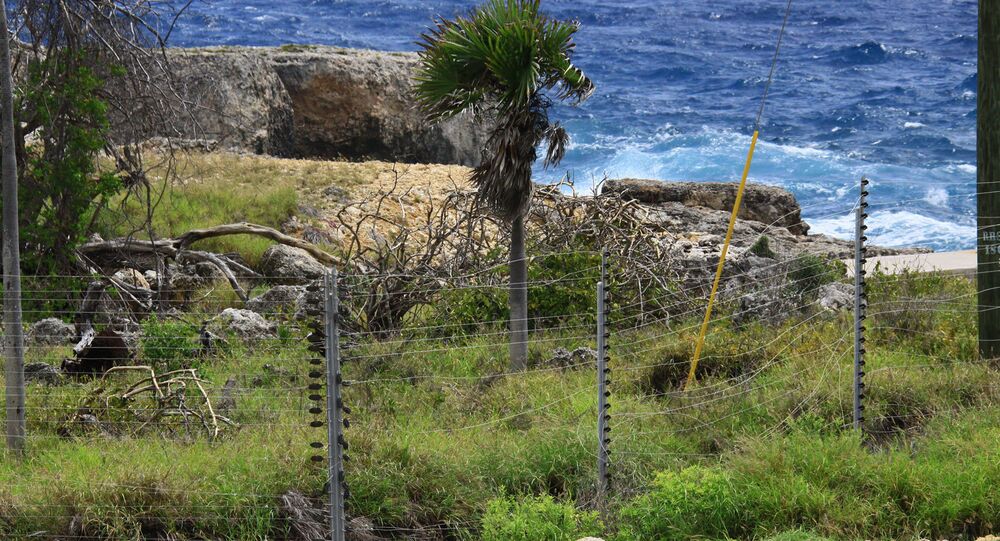 President Obama’s announcement on renewed relations with Cuba, raises the question of how the Pentagon may modify its military operations in Cuba, in terms of changes in security and new collaboration between the two countries.

© REUTERS / Larry Downing
Obama Announces Major Shift in Cuban Policy, US Plans to Open Embassy in Havana
MOSCOW, December 18 (Sputnik) – President Barack Obama announced the restoration of diplomatic relations with Cuba after 50 years of sanctions and embargos, stating that the US would open an embassy in the coming months in Havana and relax economic and travel restrictions.

The announcement was made after a prisoner exchange on Wednesday, involving an American imprisoned in Cuba named Alan Gross.

President Obama’s announcement immediately raises the question how the Pentagon may modify its military operations in Cuba, both to account for changes in security and new collaboration between the two countries, reports the Washington Post.

The establishment of an embassy is likely to mean that US Marines will be deployed to protect it. In addition, the United States has controlled a 45-square-mile naval station at Guantanamo Bay on Cuba’s southeastern tip since 1903. Although Cuba has long protested saying that the land was taken during the US invasion at the turn of the 19th century, a treaty signed between the two nations in 1903, and reaffirmed in 1934, contends that the United States has control of Guantanamo Bay, unless it clears out or makes a deal with Cuba that states otherwise.

© AP Photo / Lefteris Pitarakis
UK Was Always Aware of CIA Torture Practices: Former Guantanamo Detainee
There is also the question of whether the United States will close its controversial military detention center at Guantanamo Bay. In 2009, Obama called for such changes to be implemented, but five years later it remains open with more than 130 prisoners.

In a December 10 interview, Marine Gen. John F. Kelly, commander of the US Southern Command, said that he assumed the detention center would remain open indefinitely, and requested $195.7 million to build new facilities for it, including barracks for guards, a dining hall and a replacement for Camp Seven, where the most dangerous detainees are kept, reports The Washington Post.

The request was denied by the Pentagon because of a lack of political support. Outside the detention center, thousands of US troops and some of their family members reside at Guantanamo Bay. The base is used regularly for training by Navy, Marine Corps and Coast Guard units, and has a hospital and a few restaurants.

© REUTERS / Enrique De La Osa
Obama May Visit Cuba After Reestablishing Diplomatic Relations: White House
In some cases, such as military issues, Cuba and the United States might have similar interests. Thousands of economic refugees leave nearby Haiti, taking chances with smugglers known as “snakeheads” to emigrate from their country using rafts and boats. US authorities pick up thousands of refugees and bring them back to Haiti, reports The Washington Post.

The US military also looks out for Cuban refugees on the high seas. The refugees try to make it to the United States in order to obtain citizenship; US authorities have picked up thousands of Cuban refugees this year alone. The question remains as to how that policies will change with the renewed relations between the two countries.

Thaw in US-Cuba Relations Would Be Positive Development for Russia: Ryabkov