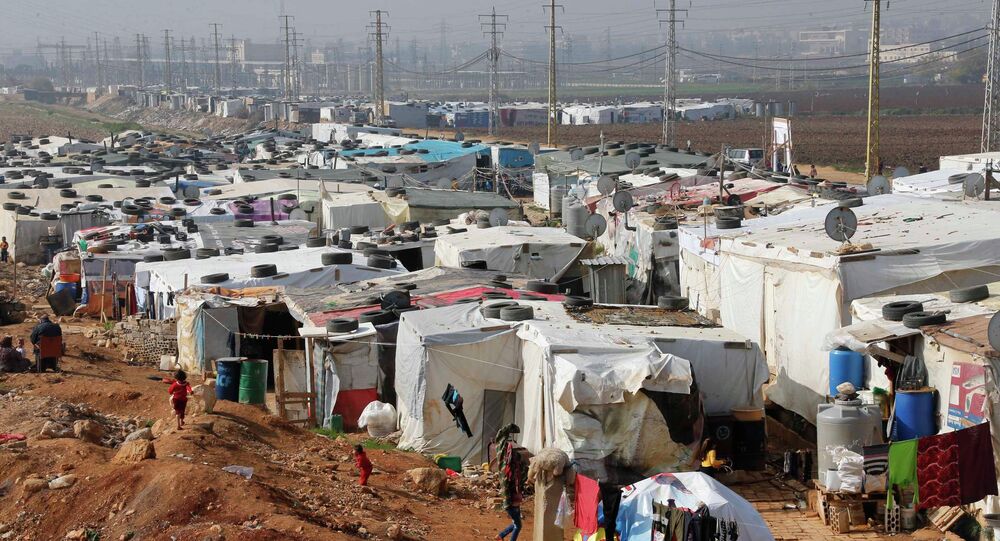 The Lebanese PM announced Monday the launch of a government plan to address the negative effects of the influx of Syrian refugees.

MOSCOW, December 16 (Sputnik) — The Lebanese prime minister announced Monday the launch of a government plan to address the negative effects of the influx of Syrian refugees caused by an ongoing civil war in the country, the Daily Star reports.

Prime Minister Tammam Salam said Monday that the 2015-2016 Lebanon Crisis Response Plan aims to “counter [the] negative consequences” of the more than 1.2 million Syrian refugees the country is hosting, the newspaper reported Monday.

Speaking at the Government Palace in Beirut Salam said that the influx of Syrian refugees has led to a rapid deterioration of Lebanon's economy, infrastructure and public services.

According to the Daily Star, the Lebanon Crisis Response Plan, developed jointly with the United Nations, aims to raise 37 percent of the total financial support from donor states, who have pledged to help Lebanon restore economic stability.

Prime minister Salam stressed Monday that the plan should not be restricted to humanitarian aid but the Lebanese host community as well. The prime minister further slammed the international community for not doing enough to support the hosting countries.

“The actual financial support that we received was very low in comparison to the required size of support,” Salam said as quoted by the newspaper.

The economies of Syria’s neighboring countries, in particular Lebanon, Jordan, Turkey, Iraq and Egypt have become overly strained by the Syrian refugee crisis. In total, the countries are hosting more than 3.2 million Syrian refugees.

A civil war has been raging in Syria since 2011, when nationwide anti-government protests turned into an armed uprising in the country. The Syrian government has also been struggling with a number of insurgent groups, including Islamic State (IS) jihadists.