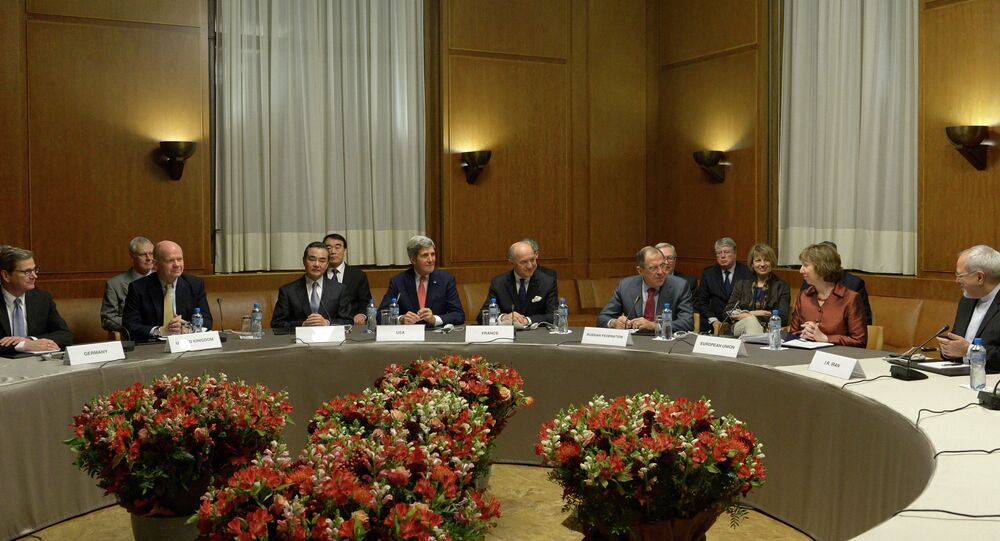 Moscow will push for intense talks between the P5+1 group of negotiators and Iran. New extensions could be too risky, Russian Deputy Foreign Minister Sergei Ryabkov said.

© Sputnik / Vladimir Fedorenko
Next Round of Iran Nuclear Talks Scheduled for December 17: EU
MOSCOW, December 12 (Sputnik) – The final nuclear agreement with Iran could be signed within three or four months, Russia's main negotiator in the talks with the Islamic Republic told RIA Novosti Friday.

"We share the opinion that this timeframe is realistic," Russian Deputy Foreign Minister Sergei Ryabkov said when asked whether the deal can be reached within three or four months.

He said that Moscow would push for intense talks between the P5+1 group of negotiators and Iran and opposed any new extensions of the talks.

"In our opinion, new extensions are simply impossible. This practice is too risky," the negotiator said.

Ryabkov said there were grounds to believe that no rollback in negotiations would take place, with the next step forward to be made next week, although the final decision would take more time.

"We do hope to make a necessary step forward next week, but at the same time I do not expect next week to bring the final solution, as it will require time," he said.

© Sputnik / Eduard Pesov
Iranian Delegation to Arrive in Geneva for Nuclear Talks December 15
The deadline to reach a comprehensive agreement on Tehran's nuclear program has been extended twice. In late 2013, Iran and the P5+1 group, comprising the UN Security Council's permanent members — Russia, the United States, the United Kingdom, France, China — plus Germany, agreed to sign a nuclear deal by July 2014.

The international community has long been concerned with Iran's nuclear program, which Tehran claims is entirely peaceful. The United States and a number of other countries have repeatedly called on Iran to suspend its uranium enrichment activities and introduced several rounds of sanctions against the Islamic Republic.

Next Round of Iran Nuclear Talks Scheduled for December 17: EU

Iranian Delegation to Arrive in Geneva for Nuclear Talks December 15

Next Iran Nuclear Talks to Be Held at Deputy Level: Iran's Foreign Minister