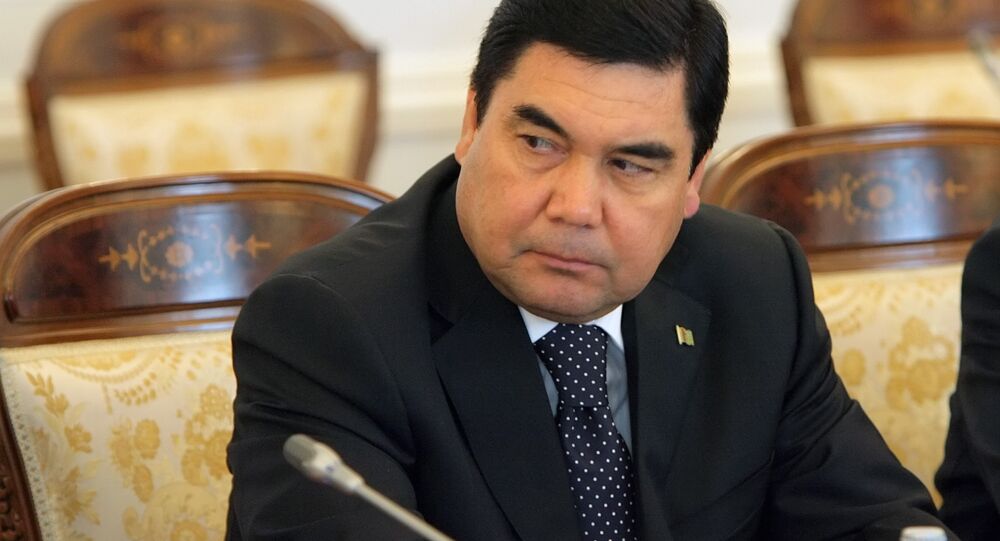 Turkmenistan aims to develop closer ties with Russia and China. There are more than 190 Russian companies operating in Turkmenistan already.

ASHGABAT, December 12 (Sputnik) — Turkmen President Gurbanguly Berdymuhamedov, in his speech ahead of the Day of Neutrality national holiday promised to develop relations with Russia and China, viewed as strategic partners of his country, local media reported Friday.

© Sputnik / Igor Russak
Russia, Turkmenistan to Enhance Cooperation in Trade, Agriculture: Official
According to the president, Moscow is an Ashgabat strategic partner and noted that Turkmenistan's development of relations with Russia, "on [a] bilateral level as well as in a format of international organizations, gives good results and is in […] both country's root interests."

"We shall expand friendly relations with Russia in many different directions," the president said Thursday in his December 12th Day of Neutrality speech.

In his discussion on foreign policy the president noted that China is also viewed as a major strategic and trade partner for Turkmenistan.

Russia is considered among Turkmenistan's biggest trade partners. There are more than 190 Russian companies operating in Turkmenistan. 240 Russian investment projects are being conducted in the country.

The Day of Neutrality celebrates the signing into law of a permanent status of neutrality formalized in the UN General Assembly Resolution on the Permanent Neutrality of Turkmenistan on December 12, 1995.