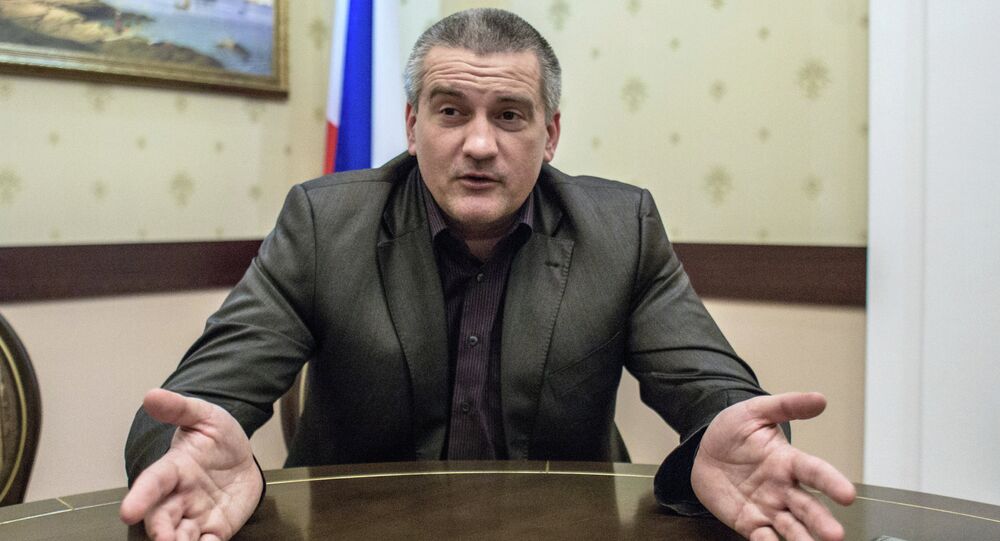 MOSCOW, December 11 (Sputnik) – A memorandum of understanding (MoU) was signed between the Republic of Crimea and Indian business group Indian-Crimean Partnership during Russian President Vladimir Putin’s official visit to India on Thursday.

© Sputnik
Russia-West Tension to Bring BRICS Closer Together: Official
The document, which aims to facilitate India’s deepening economic cooperation with Crimea, was signed by Crimean Prime Minister Sergei Aksyonov on the Russian side, and by Gul Kripalani, chairman of the Indian-Crimean Partnership, on the Indian side, according to the official press-release. Aksyonov arrived in New Delhi earlier in the day. It's the first visit of officials from the Republic of Crimea to India.

“The signing of the MoU will contribute to long-term and mutually beneficial interactions in a wide variety of industries — from engineering, pharmaceuticals, agriculture and tourism to information technology, microelectronics and industrial parks,” the press release said.

© Sputnik / Alexei Kudenko
Partnership to Cover Every Area of 'Human Endeavor': Indian Ambassador
Aksyonov noted, according to the statement, that the memorandum demonstrates “the intent of both parties to maximize available resources, industrial and intellectual potential, as well as to create prerequisites for the implementation of the large-scale joint projects in different areas, which can be a reliable basis of a high-tech bridge between both countries.”

The signing of the MoU, according to the Crimean head, is an important milestone in the development of bilateral relations between Russia and India.

Crimea is quickly becoming a center for investment not only in the energy sphere, but also in infrastructure, logistics and many other industries, Aksyonov stressed.

Crimea reunified with Russia in March following a referendum on the region's status, with 96 percent of voters being in favor of the move. In November, Putin signed a law on the creation of a free economic zone in Crimea.