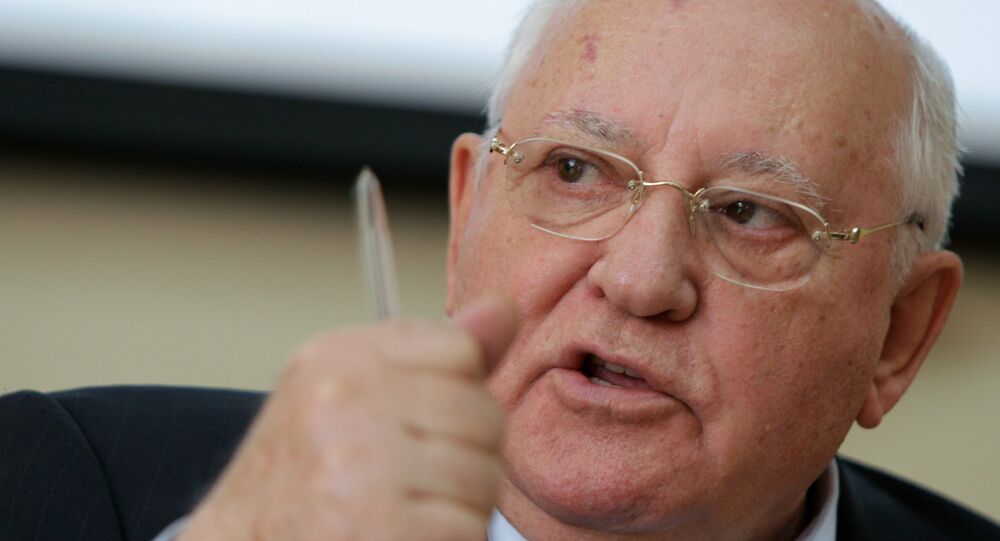 Former Soviet leader Mikhail Gorbachev urges the US and EU to "defrost relations" with Russia as the countries carry a special responsibility and should not walk away from it.

MOSCOW, December 10 (Sputnik) – In an interview with a state daily newspaper Rossiiskaya Gazeta the last Soviet leader Mikhail Gorbachev advised the United States and the European Union to "defrost" relations with Moscow despite tensions over Ukraine, reports AFP.

The 83-year-old ex-president said that the Ukraine crisis had led the West to impose sanctions on Russia, but this conflict has resulted in diminished cooperation on global issues from counter-terrorism to climate change and disease epidemics, which should not be neglected.

"I suggest that the leaders of Russia and the United States think about holding a summit on a broad agenda, without preliminary conditions. The same kind of summit must be prepared between Russia and the European Union."

According to Gorbachev, “Russia and the United States carry special responsibility; when they walk away from it, the world sees terrible consequences."

He further added that both sides should climb down from their ideological positions:, "We shouldn`t be afraid that someone will `lose face` or someone will win a propaganda victory. That should all belong in the past. We should think about the future."

Regarding the situation in Ukraine, Gorbachev cautioned that current international efforts to solve the Ukraine crisis were "unequal to the danger that threatens us all."

He believes that "both sides in the Ukrainian conflict are breaching the ceasefire; both sides are guilty in using especially dangerous types of weapons and breaching human rights."

"War till the victorious end is impossible," he said. "It`s time to stop!"

He said the peace deal reached in Minsk in September, should be respected and the fight should cease as soon as possible.

Regarding the annexation of Crimea by Russia, Gorbachev said in March that Russia was right to correct a historical error by the Soviet Union in handing Crimea to Ukraine and that "this should be welcomed instead of imposing sanctions over it,” reported AFP.