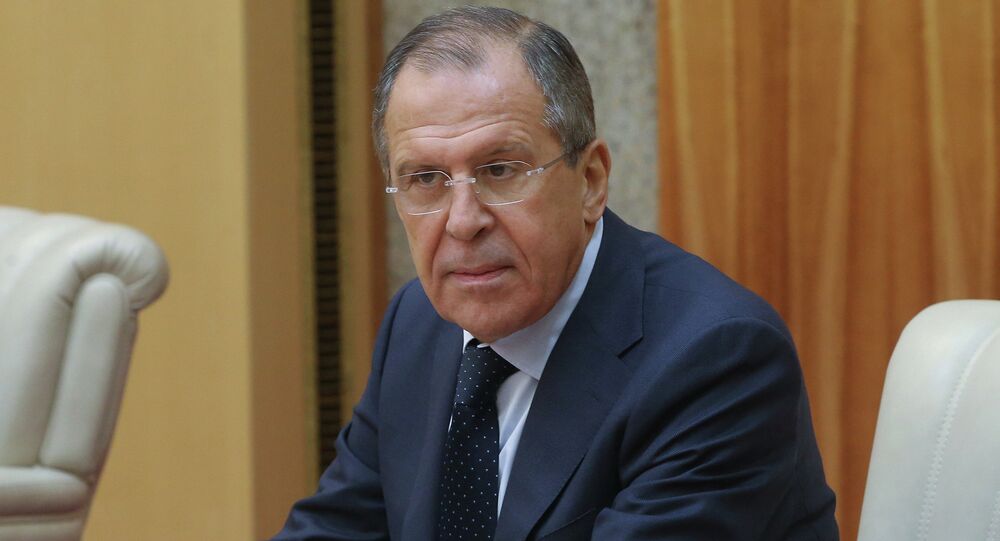 According to Lavrov, Moscow is preparing to file a 1.2 million square kilometer Arctic shelf bid to the UN later in the next few months.

MOSCOW, December 9 (Sputnik) — The so-called race for the Arctic cannot exist as the rights of all countries concerning the Arctic region have been clearly defined in a variety of international treaties, Russian Foreign Minister Sergei Lavrov said in an exclusive interview with RIA Novosti.

“The race for Arctic cannot exist in principle as the international laws on the Arctic clearly define the rights of Arctic Circle countries as well as other states,” Lavrov said.

© Sputnik / Maksim Blinov
Lavrov: Moscow Stands for Improvement of US-Iran Relations
“The current difficult international situation does not change the existing order…including the possibility of extending the borders of continental shelf,” the minister said.

According to Lavrov, Moscow is preparing to file a 1.2 million square kilometer Arctic shelf bid to the UN later in the next few months.

“Considering the high quality of supporting evidence and argumentation for the Russian bid, we tend to believe that it [the bid] has great chances to succeed.

The Arctic is believed to have vast untapped reserves of oil and gas. Five countries bordering the area are particularly interested in the wealth of the Arctic Ocean, including the United States, Russia, Canada, Norway, and Denmark. However, Arctic expansion is a matter of grave concern for environmentalists, who say accidents due to drilling in the region can be deadly for the fragile local ecosystem.

Under existing international law the region beyond international borders, including the North Pole and the Arctic Ocean, is not owned by any country. The five countries surrounding the Arctic are limited to an Exclusive Economic Zone (EEZ) that extends 230 miles from the coastline.

If Russia can prove that the Lomonosov Ridge and the Mendeleev Ridge in the Arctic are an extension of the continental shelf bordering Russia’s coastline, the country will have the exclusive right to an additional 1.2 million square kilometers in the Arctic and to the development of large oil and gas fields in the triangle formed by the Chukotka Peninsula, Murmansk and the North Pole. The United Nations turned down the claim in 2001 due to a lack of evidence.

Russia has been actively developing its Arctic territories, including hydrocarbon production and development of the Northern Sea Route, which due to its shorter length, is preferable to traditional ship transport routes.

Earlier this year, Russian President Vladimir Putin ordered the establishment of a separate public body responsible for the implementation of Russian policies in the Arctic and includes a unified network of naval facilities to host advanced warships and submarines, which would boost the protection of Russia’s interests and borders in the area.