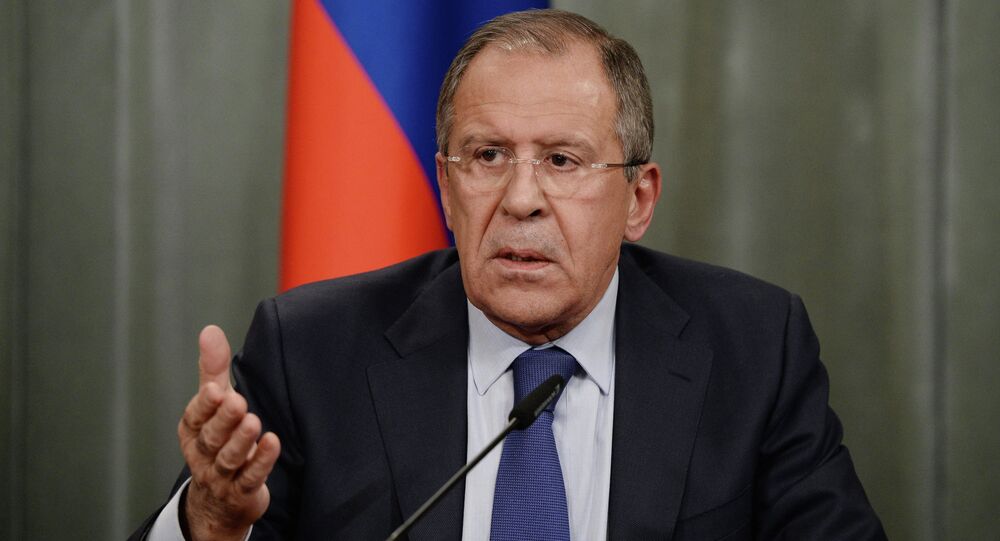 According to Russian Foreign Minister Sergei Lavrov, Moscow welcomes any steps that could lead to a comprehensive deal on Tehran’s controversial nuclear program.

“In our opinion, a full-scale political dialogue between Tehran and Washington, including on issues of regional security, is long overdue,” Lavrov said.

“We are convinced that the improvement of relations between the two countries would benefit stability in the Middle East and beyond the region, while helping to resolve the situation around the Iranian nuclear program as well as increasing the effectiveness of the fight against global terrorism and drug threat,” the minister said.

Lavrov also reiterated that Moscow welcomes any steps that could lead to a comprehensive deal on Tehran’s controversial nuclear program.

During the past decades, relations between the United States and Iran have been strained. The United States openly supported and armed Iraq during the Iran-Iraq war in the 1980s. In 1995, the United States introduced a total embargo on trade with Iran. Since 2003, Washington has accused Iran of developing nuclear weapons.

Apart from the United States, several other western countries and Israel argue that Iran develops nuclear weapons under the guise of a civilian nuclear program, while Tehran argues that its nuclear activity is aimed purely at meeting the country's growing energy needs.

In November 2013, during talks held in Geneva, the P5+1 group of international mediators comprising Russia, the United States, the United Kingdom, France, China, and Germany agreed to reach a deal with Tehran guaranteeing the peaceful nature of the Iranian nuclear program by July 2014. The deadline for the agreement was later postponed to November 24, 2014.

At the latest round of talks between Iran and the P5+1 countries held in Vienna, the parties failed to reach a comprehensive deal on Iran's nuclear program by the November 24 deadline. The sides agreed to extend the Geneva agreements and continue their dialogue until July 2015.