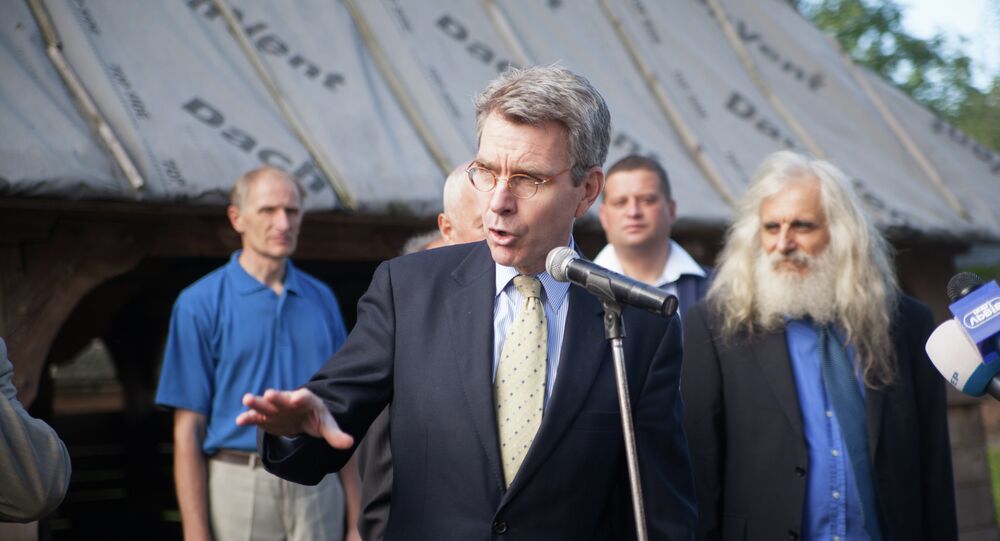 US Ambassador to Ukraine, Geoffrey Pyatt said that Ukrainian authorities need to decide on the roadmap for the implementation of reforms that the country urgently needs without the involvement of the international community.

WASHINGTON, December 9 (Sputnik) – Ukrainian authorities need to decide on the roadmap for the implementation of reforms that the country urgently needs without the involvement of the international community, US Ambassador to Ukraine, Geoffrey Pyatt, has stressed.

"It's not the position of anybody in the international community to say which element of this multifaceted reform agenda needs to come first," Pyatt said Monday at an Atlantic Council event in Washington, DC, emphasizing that Ukraine needs urgent reforms in multiple sectors.

According to Pyatt, the Ukrainian government coalition agreement is a "robust" document that should help identify a roadmap, which all the political parties would agree on, and that could be useful when time comes for implementing reforms.

"It gives reason for optimism that this won't just be a document that sits on the shelf but actually can turn into a practical roadmap for the implementation of a reform agenda, which is going to entail significant and at times painful changes in critical sectors, like energy, and justice, and defense, and security," Pyatt said.

The ambassador stressed that the energy sector needs the most urgent reforms, as it "has drawn the most egregious corruption under multiple governments" in Ukraine.

On November 21, representatives of five Ukrainian parties that made it into the country's newly-elected parliament, except for the Opposition Bloc, signed a draft agreement on the creation of a pro-European coalition.

Before the parliamentary elections held in Ukraine on October 26, Ukrainian President Petro Poroshenko had promised that a new government would implement a variety of reforms in the country.