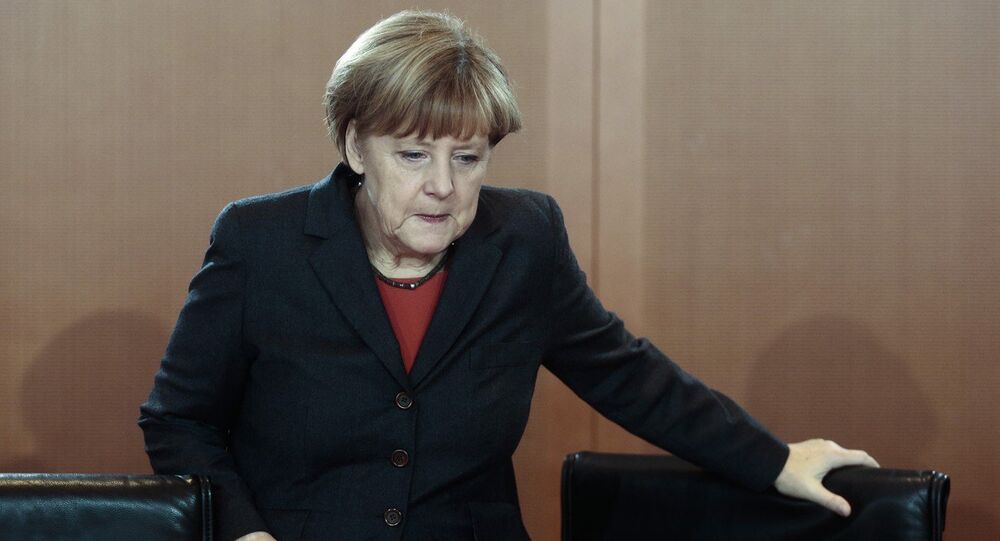 German Chancellor Angela Merkel stated that Russia is creating obstacles for Moldova, Georgia and Ukraine to fulfill of association with EU.

"Our eastern neighbors, Moldova, Georgia and Ukraine, following their own independent judgment, have signed association agreements with the EU. Russia is creating obstacles for these three countries," Merkel was quoted as saying by the newspaper.

The chancellor also approved of the European Union's action in regard to Russia in light of the situation in Ukraine. In her opinion, Russia violates the territorial integrity of Ukraine, thus acting in breach with the 1994 Budapest Memorandum concerning Ukraine's sovereignty and integrity.

© Flickr / Nicolas Raymond
Moldova Socialists Plan Referendum on Joining Customs Union After Election Win
On June 27, 2014 the European Union signed association agreements Moldova and Georgia and completed the signature process with Ukraine, with the goal of integrating the countries in the EU internal market.

On November 30, head of the Foreign Affairs Committee of the Russian State Duma Alexei Pushkov said that the EU would lead itself to a full collapse by letting Ukraine join the bloc.