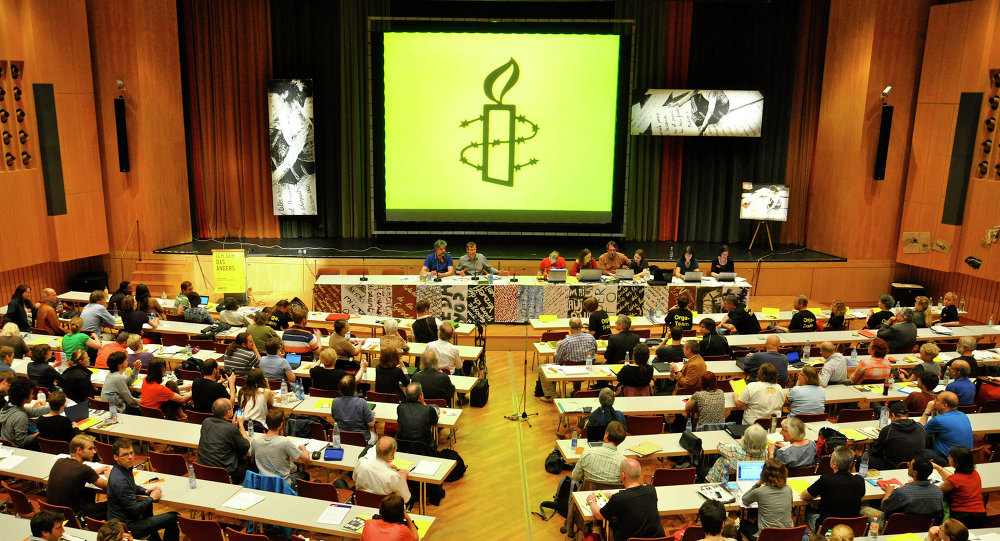 Amnesty International stated that the International Olympic Committee must ensure that the sporting events it is responsible for are free from any forms of corruption and human rights abuses.

MOSCOW, December 5 (Sputnik) — The International Olympic Committee (IOC) must ensure that the sporting events it is responsible for are free from any forms of corruption and human rights abuses, Amnesty International said in a statement Friday.

"If the IOC cleans up its act, it can make sure that its future events do not become bywords for corruption, exploitation and human rights abuses," head of the watchdog's Netherlands branch Eduard Nazarski was quoted as saying in the statement.

Earlier this week, leading non-governmental organizations, trade unions, sports fans and athletes groups sent a joint letter to the IOC President Thomas Bach ahead of a key IOC meeting in Monaco. The letter highlighted the importance of adhering to the universal fundamental ethical principles stated in the Olympic Charter according to the Amnesty International's statement.

FIFPro World Players’ Union, Football Supporters Europe and the Human Rights Watch are among other notable signatories to the letter.

The IOC is scheduled to meet in Monaco on December 8 to 9 for a vote on a package of reforms aimed at modernizing the Games. Bach's Olympic Agenda 2020 includes some 40 measures tackling discrimination, labour abuse and transparency issues, along with more business-oriented proposals such as setting up a new Olympic TV channel, and a more inviting bidding system.

The overhaul came after mass protests and police violence in Brazil in connection with the 2014 FIFA World Cup and the upcoming 2016 Summer Olympic Games in Rio de Janeiro. In addition, rights groups have voiced concerns about the abuse of migrant worker rights in Qatar ahead of FIFA World Cup 2022.

Amnesty Int'l Condemns Continuous Use of Torture by Philippine Police