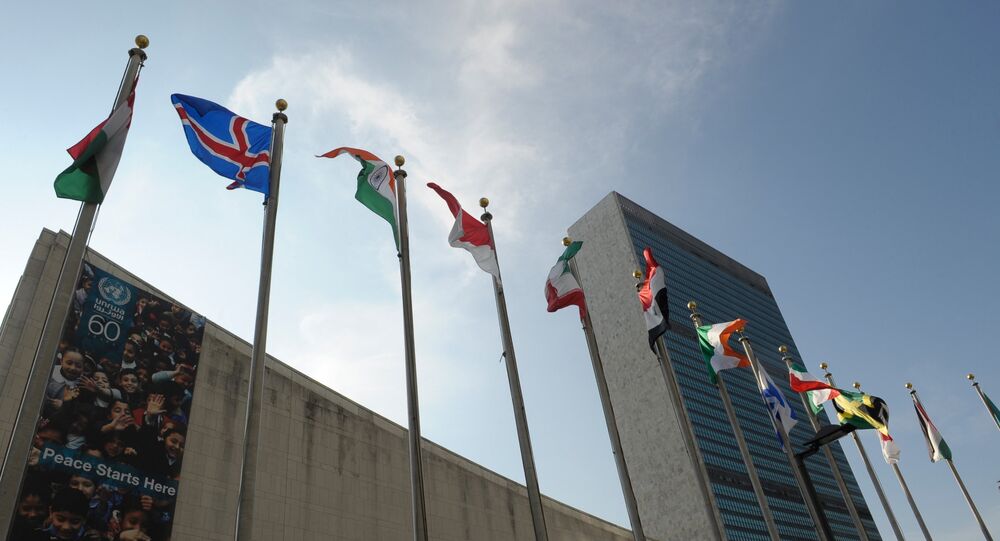 A draft resolution on banning arms race in outer space was adopted during the assembly's 69th session with 126 votes in favor and 4 votes against. Georgia, Israel, Ukraine and the US are the four countries that opposed the draft resolution.

"Such a bright result that the international community's will has vividly shown that our initiative is important, modern and enjoys broad support," a statement published on the Russian Foreign Ministry's website said.

The draft resolution was adopted during the assembly's 69th session with 126 votes in favor and 4 votes against. Georgia, Israel, Ukraine and the United States were the four countries that opposed the draft resolution.

"We consider the NFP initiative as an important step in the gradual progress towards the elaboration of a legally binding PPWT [Treaty on Prevention of the Placement of Weapons in Outer Space and of the Threat or Use of Force against Outer Space Objects]," reads a statement issued by the Permanent Mission of the Russian Federation to the United Nations.

According to the Russian Foreign Ministry, the document was drafted as a continuation of the original Prevention of an Arms Race in Outer Space (PAROS) resolution submitted by Egypt and Sri Lanka. The resolution is passed annually by the majority of UN member-states.

The Russian resolution was introduced in October and approved by the United Nations' Disarmament Committee.

A number of countries have contributed to the draft resolution, Brazil, Indonesia, China, Belarus, and Sri Lanka among them, with a further 34 countries as co-authors.

One of the key elements outlined in the NFP initiative is a call for a speedy launch of negotiations at the Conference on Disarmament in Geneva aimed at drafting and the adoption of a legally binding international agreement to prevent the placement of weapons in outer space.

Lavrov: Russia to be Well-Protected Without Engaging in Arms Race

SCO Leaders Call On to Prevent Arms Race in Space