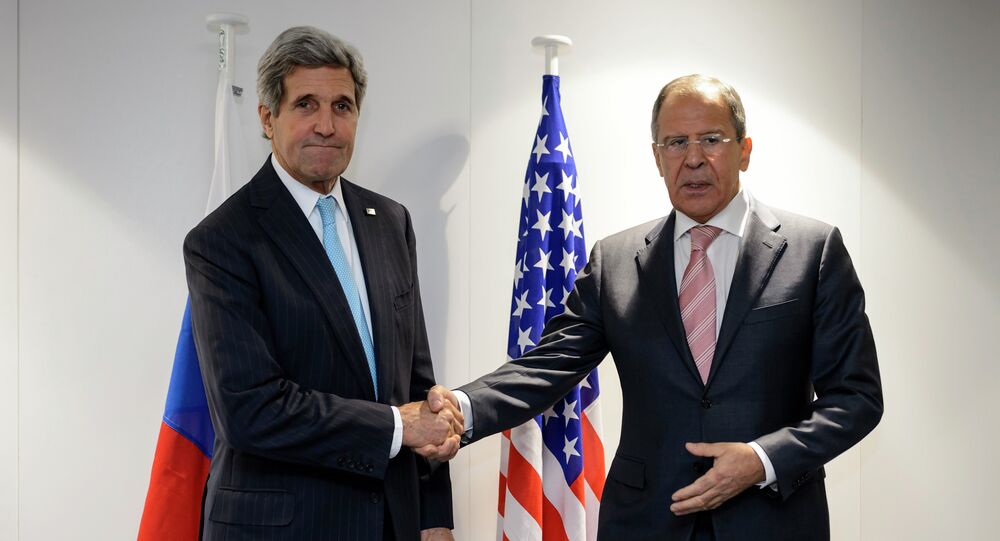 According to the the US State Department Russian Foreign Minister Sergei Lavrov and US Secretary of State John Kerry held bilateral meeting on the sidelines of the Organization for Security and Co-operation in Europe's Council of Foreign Ministers meeting.

"On Ukraine, they discussed ongoing efforts to negotiate a ceasefire on the touchline, and the Secretary urged a return to serious discussions about full implementation of Minsk," a press release issued by the State Department said.

Kerry and Lavrov held bilateral meeting on the sidelines of the Organization for Security and Co-operation in Europe's (OSCE) Council of Foreign Ministers meeting in Basel, Switzerland.

© AP Photo / Mohammed Zaatari
US National Intelligence Council Names Russia, Middle East as Priorities
The two officials also talked about the ongoing crisis in Syria, the plans for representatives of the P5+1 and Iran to meet in the coming weeks, as well as the next steps in the talks, according to the release.

It added that Kerry updated Lavrov on the anti-IS coalition conference in Brussels, as well as his “ongoing diplomatic efforts with Israelis and the Palestinians given the political and security situation on the ground.”

The 21st OSCE Ministerial Council is taking place in Basel, Switzerland on December 4-5. The two-day high-level meeting will aim to evaluate the progress made and decide on new commitments. About 20 draft declarations will likely be discussed during the Ministerial Council, according to the OSCE.