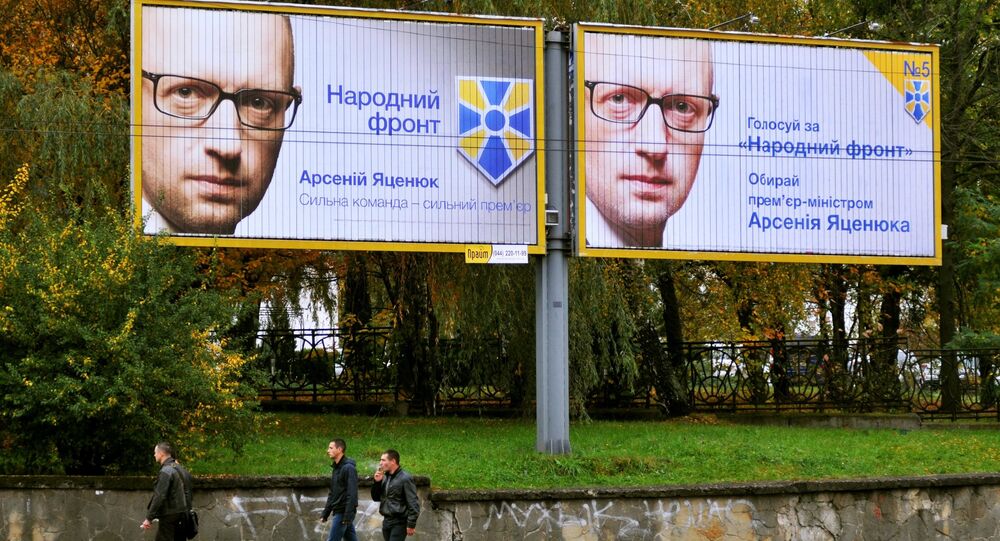 According to the Russia's Central Election Commission, voting results in two of the single-candidate constituencies were falsified.

MOSCOW, December 4 (Sputnik) – Some of the results of parliamentary elections in Ukraine were falsified, Russia's Central Election Commission has announced.

Early parliamentary elections were held in Ukraine on October 26. Ukrainians cast their votes for 423 members of the country's parliament, the Verkhovna Rada, of which 225 were to be delegated into the parliament by party lists, while another 198 were to be elected in single-candidate constituencies.

According to Churov, voting results in two of the single-candidate constituencies were falsified.

After the vote representatives of five Ukrainian parties signed a draft agreement on the creation of a pro-European coalition in the Verkhovna Rada. All the parties that made it to the parliament, except for the Opposition Bloc, were invited to join the coalition.