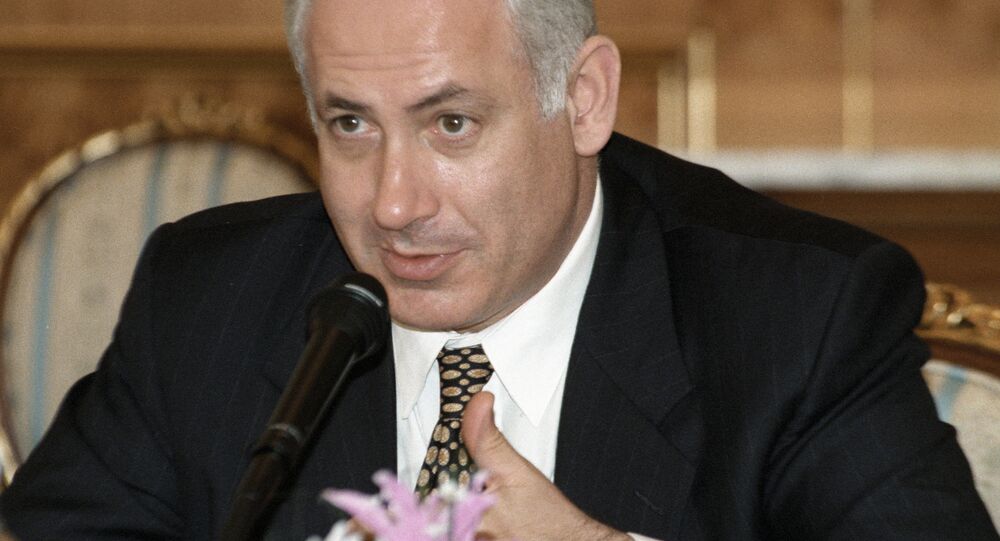 The move will be finalized after members of the Knesset vote for a bill to dissolve Israeli parliament on Wednesday.

"I will not tolerate any opposition in my government," Netanyahu said in a statement, issued by his office, as quoted by al- Jazeera. He explained that snap elections will allow him to receive "a clear mandate to lead Israel," as quoted by BBC.

© Sputnik / Dmitry Astachov
Netanyahu to Decide Whether to Step Down as Government Concern Grows
"Frequent elections are not a good thing, but a government with no governance and ministers acting against it from within is much worse," Netanyahu stated, as quoted by AFP. He placed the blame for what was happening on Lapid and Livni, leaders of the centrist Hatnuah and Yesh Atid parties, saying their actions amounted to "a putsch."

The main points of contention, which split the coalition, are next year’s budget, the government’s policy towards Palestinians in Jerusalem, the collapsed peace talks and construction of Jewish settlements in the West Bank. Tensions have mounted over the last few weeks, when the majority of ministers supported a controversial bill to define Israel as a Jewish state despite fierce opposition from the centrist Yesh Atid and Hatnuah parties.

© Sputnik / Vladimir Pesnya
Palestinian Ambassador: We Need the Israeli Government to Be Serious
Critics say the legislation goes against the democratic values of the country and will alienate Israel’s Arab population.

On Monday, Netanyahu met with Lapid urging him to abandon his signature initiative to introduce zero percent value-added tax on first home purchases and support the Jewish state bill. But the meeting yielded no results.

"The firing of ministers is an act of cowardice and loss of control," Lapid commented, as quoted by Al Jazeera. "We are sad to see that the prime minister has chosen to act without consideration for the national interest and to drag Israel to unnecessary elections," he stressed.

Netanyahu’s right-wing Likud party is likely to win snap elections, which will likely be held in March 2015, according to a recent poll conducted by Channel 2 television. If so, Netanyahu will head the next government.

Israeli Government at Risk of Splitting Up Over Jewish State Bill