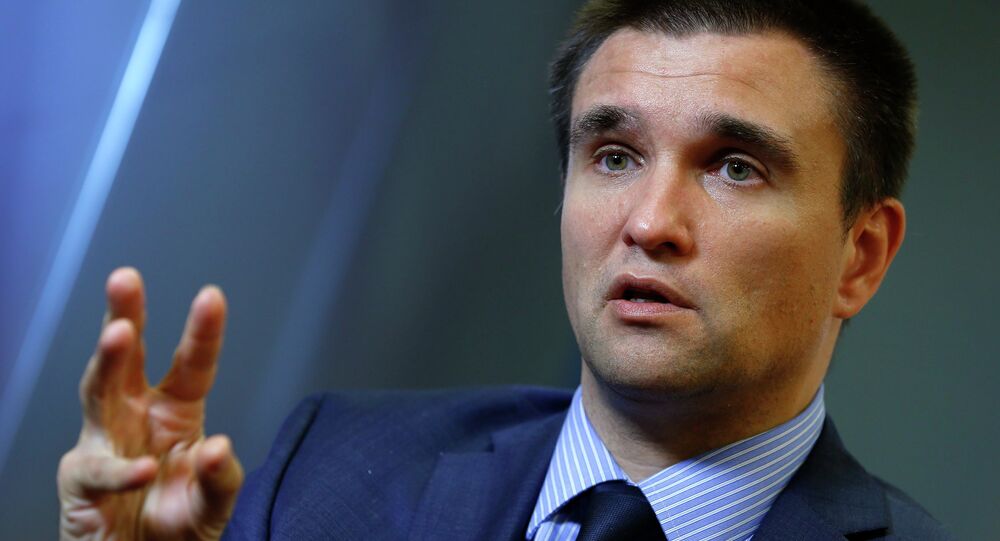 The Ukrainian Ministry of Foreign Affairs has stated that Ukraine is glad to see that Russia's South Stream project on gas supply to Europe has been abandoned due to the EU critical stances toward it.

KIEV, December 2 (Sputnik) – Kiev is relieved to see that the European Union is over with Russia's South Stream pipeline project to supply gas to central and southern Europe, the spokesperson for the Ukrainian Ministry of Foreign Affairs said Tuesday.

"We consider the EU decision to abandon the [South Stream] project logic and balanced," Foreign Ministry's Yevhen Perebyinis said at a briefing.

Perebyinis emphasized that Kiev had a clear-cut stance on South Stream since Russia launched what he called its purely political project, which allegedly lacked both economic feasibility and grounds for its stated aim to diversify energy supplies to Europe.

"Ukraine has always been a trustworthy energy transit country. Our intention is to fulfill all the duties on energy transit to Europe," the Ukrainian spokesman claimed.

On December 1, Russian President Vladimir Putin said that Moscow would not continue the implementation of the South Stream pipeline because of the European Commission's "non-constructive" stance. Later that day Alexei Miller, the CEO of Russia's energy giant Gazprom, confirmed that Russia was closing the South Stream project and had no plans to revive it.

In 2012, Gazprom announced the construction of a South Stream pipeline across the Black Sea to reduce the chances of Russian gas being delivered to central and southern Europe through Ukraine being interrupted. The pipeline was expected to be fully operational by 2018.