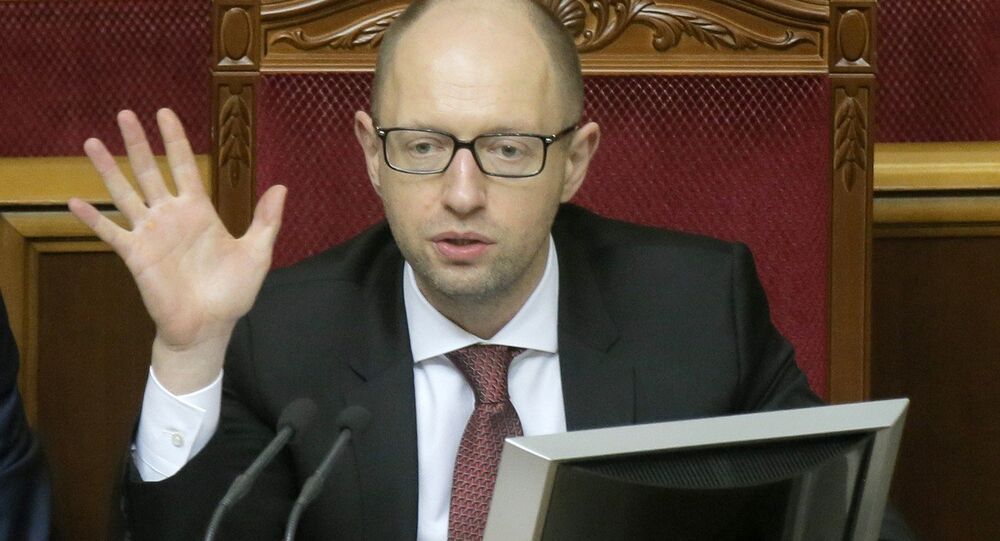 The previous Ukrainian government has decided to optimize social welfare spending by 4.5 billion hryvnia and Kiev will have to stay on the optimization course next year, Yatsenyuk said addressing the Ukrainian parliament.

"The [previous] government has decided to optimize social welfare spending by 4.5 billion hryvnia [about $300 mln] and we will have to stay on the optimization course next year," Yatsenyuk said addressing the Ukrainian parliament.

Since the beginning of a special operation launched by Kiev in mid-April to suppress independence supporters in the southeast of the country, Ukraine has poured money into its military and reached out for international support.

Earlier in November, Poroshenko said that Ukraine had plans to keep its military spending at no less than three percent of the country's GDP in 2015. The Ukrainian leader also said earlier that he would convert the Ukrainian economy in order to meet its military objectives.