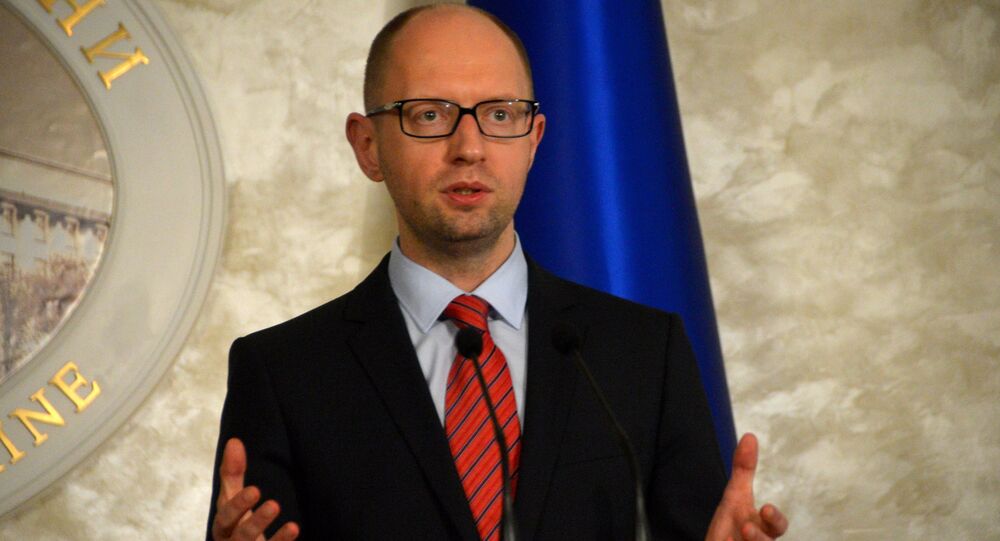 Ukraine will have a new government by the end of Tuesday, Prime Minister Arseniy Yatsenyuk has promised.

© Sputnik / Alexandr Maksimenko
Ukrainian Parliament Approves Yatsenyuk as Prime Minister in New Government
KIEV, December 2 (Sputnik) – Ukrainian Prime Minister Arseniy Yatsenyuk has said he is currently studying the list of candidates for the new Cabinet members and will form the new government by the end of Tuesday.

"I have just been given the list of [nominees from the] parliament factions for naming the members of the Cabinet and will study the coalition’s nominees in detail," Yatsenyuk said during a briefing.

"By the end of the day, Ukraine will have a new government," he added.

During the session the Ukrainian parliament on Tuesday morning, the Verkhovna Rada decided to extend the Tuesday working day until the new Cabinet is formed. The decision was backed by 310 parliamentarians, significantly more than the minimum of 226 votes required.

"Almost all the issues have been solved but there still remain some questions that we need to align. That's why we need some time to finish this work. We understand everything, that the government has to be formed today, we don't have time, the public will not wait," said the parliamentary speaker Volodymyr Hroisman.

Early parliamentary elections were held in Ukraine on October 26. On November 21, representatives all the Ukrainian parties that made it to the Parliament except for the Opposition Block signed a draft agreement on the creation of a pro-European coalition in the Verkhovna Rada.