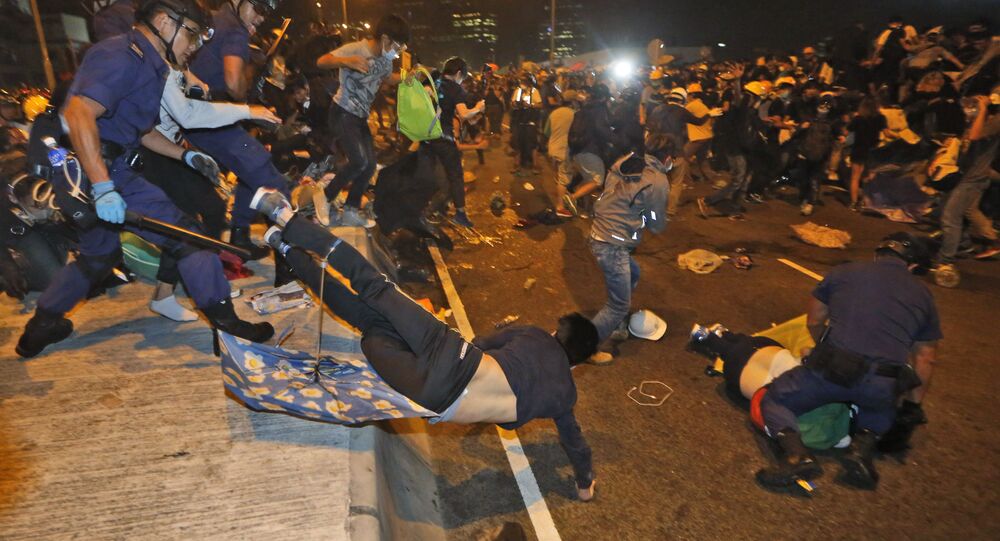 United States urges officials and protesters to express their will peacefully and to solve the issue by dialogue.

WASHINGTON, December 2 (Sputnik) – The United States has called on both authorities and protesters in Hong Kong to avoid violence and show restraint, US State Department spokesperson Jen Psaki said Monday.

We Will Force the Government to Regard Public Opinion: Hong Kong Activist

When asked about fears the Hong Kong police might behave more aggressively against rioters, Psaki reiterated that the United States would be concerned about any intensification of violence.

"That's why we are continuing to express to all authorities that they need to address these concerns peacefully, and obviously, any increase in aggression we would be concerned about," the spokesperson added.

On Monday morning clashes between demonstrators and police in Hong Kong intensified to such a degree that local authorities shut down government headquarters.

The protests were sparked by Beijing's decision to vet candidates for the 2017 election of Hong Kong's Chief Executive, which activists perceived as an infringement on the region's autonomy.

In 1997, the United Kingdom transferred Hong Kong's sovereignty to China, ending over 100 years of British rule. Hong Kong is an autonomous administrative region which is granted economic, legal and political independence.