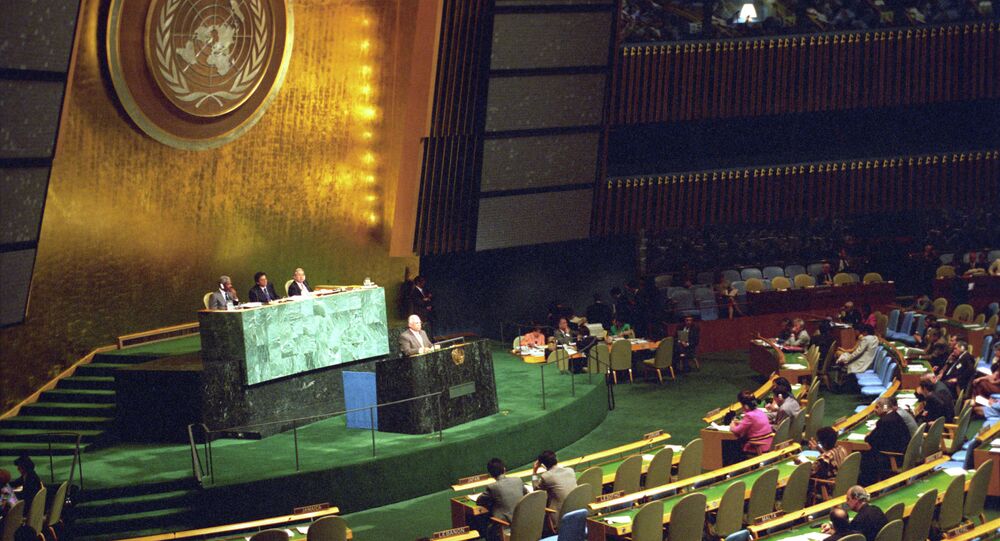 The UN General Assembly has adopted the "Right to Privacy in the Digital Age" resolution, following the whistleblower Edward Snowden's revelations about US government surveillance programs.

"…without the necessary checks, we risk turning into Orwellian states, where every step of every citizen is being monitored and recorded in order to prevent any conceivable crime," Germany's Ambassador to the UN, Harald Braun, told the UN General Assembly's Third Committee, commenting on the adoption of the "Right to Privacy in the Digital Age" resolution.

"…surveillance and the interception of communications can sometimes contribute and have indeed contributed to effective prevention and prosecution of crimes, including terrorist acts. However, it is crucial that a State demonstrates that the surveillance activities it undertakes to defend legitimate security concerns are necessary and proportionate. Otherwise, the right to privacy becomes a dead letter," Braun stressed.

According to the ambassador, the resolution contains four major new elements: the inclusion of metadata, obligations by the private sector, effective remedies for violations and an invitation to the UN Human Rights Council to establish a special procedure on the right to privacy.

Germany and Brazil were the primary sponsors of the resolution.

Antonio de Aguiar Patriota, Brazil's Ambassador to the United Nations, in a speech after the adoption, said "metadata, more often than not, can be as sensitive to privacy concerns, as the content of communications".

In 2013, former US National Security Agency (NSA) contractor Edward Snowden leaked classified information, revealing that the NSA was running massive surveillance programs without a warrant, sifting through databases in search of private information on Americans, foreign citizens and even leaders of allied countries. The full extent of the spying is still being evaluated.

The UN General Assembly adopted a resolution on privacy in the digital age in December, 2013.