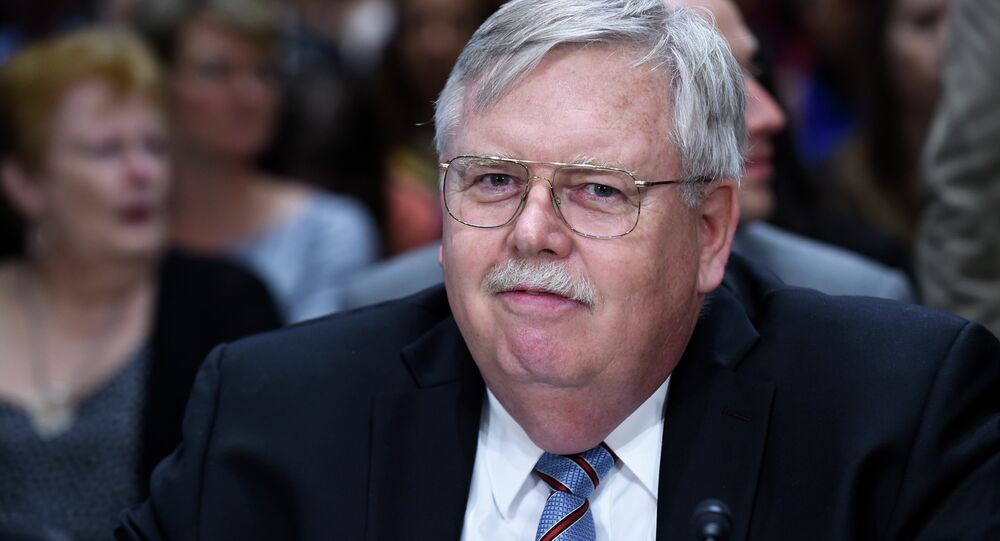 US Ambassador to Russia Wants to Improve Relations Between US, Russia

US ambassador to Russia said that he would like to expand contacts and cultural ties between Russia and the United States.

MOSCOW, November 23 (Sputnik) — US ambassador to Russia John Tefft wants to improve relations between Moscow and Washington by means of “expanding contacts between people”, the Kommersant daily reported on Sunday.

“Many things in our bilateral relations continue to develop. Contacts between people continue. I would like to expand those contacts and cultural ties, I hope this can improve the relations,” Tefft said.

Relations between Russia and the US have been strained in light of the ongoing crisis in Ukraine. Washington keeps blaming Moscow for meddling in Ukraine’s internal affairs, while Russia repeatedly denied any involvement in the Ukrainian domestic conflict.

© AP Photo / Susan Walsh
John Tefft's Diplomatic Career in Facts and Details
The US State Department appointed John Tefft as the new head of the US diplomatic mission in the Russian Federation in June 2014. On September 2, the US Secretary of State John Kerry administered an oath on Tefft in Washington DC, officially making him US new envoy to Russia.

On November 19, Russian President Vladimir Putin accepted John Tefft as the ambassador of the United States to the Russian Federation in an official ceremony held in the Kremlin.

John Tefft worked as the head of the State Department’s office on the Soviet Union in 1989-1992. From 1996 to 1999 and he served as the deputy head of the US diplomatic mission in Russia. He then went on to head US embassies in Lithuania, Georgia and Ukraine.

John Tefft Sworn In as New US Ambassador to Russia

US Senate Approves Tefft as Ambassador to Russia