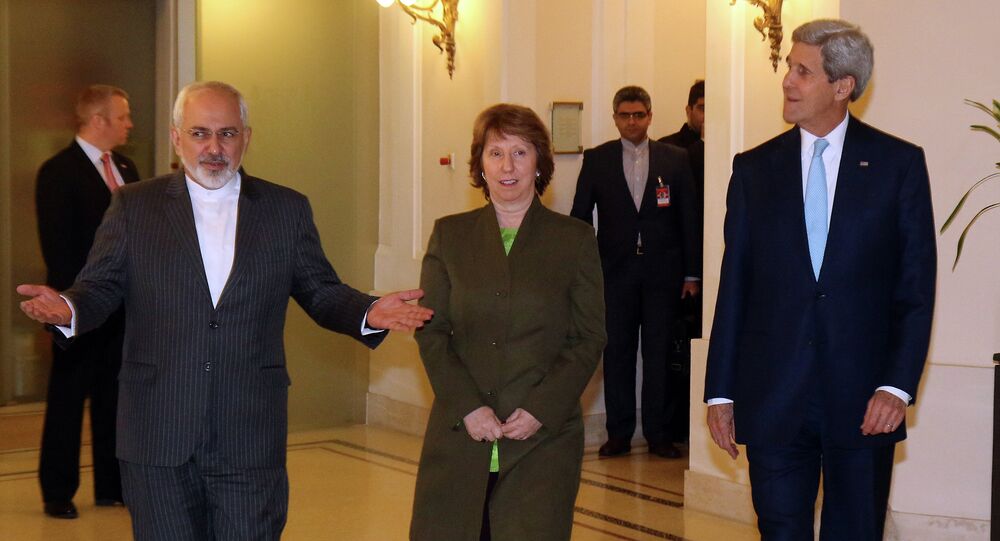 Members of the Iranian delegation are also expected to hold bilateral meetings with representatives of Russia, China and the US on Sunday morning.

VIENNA, November 23 (Sputnik) — US Secretary of State John Kerry, Iran's Foreign Minister Mohammad Javad Zarif and chief EU negotiator Catherine Ashton will hold another meeting Sunday morning in the course of the talks on the Iranian nuclear program in Vienna.

The officials will meet in Palais Coburg hotel in Vienna, a RIA Novosti correspondent reported. Moreover, members of the Iranian delegation are expected to hold bilateral meetings with representatives of Russia, China and the United States on Sunday morning.

The deadline for signing a comprehensive long-term deal on the Iranian nuclear program expires on Monday.

The West has accused Iran of developing nuclear weapons under the guise of a civilian nuclear program. Tehran has denied the claims, stressing that its nuclear development serves purely civilian purposes, such as meeting the country's growing energy needs.

During talks in Geneva in November 2013, the P5+1 group, which comprises Russia, the United States, the United Kingdom, France, China and Germany, agreed to reach a long-term comprehensive agreement with Tehran by July 2014, guaranteeing the peaceful nature of the Iranian nuclear program. The deadline for the deal was later extended to November 24.

The final round of nuclear talks began in Vienna on Tuesday.