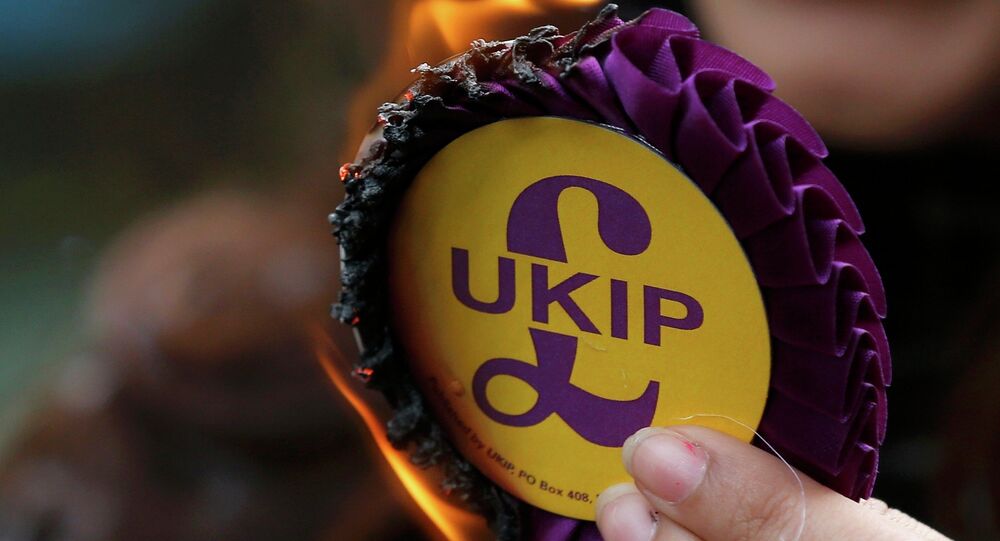 UKIP member of the European Parliament David Coburn believes that UKIP is on course to hold the balance of power at the 2015 UK General Election after wins in by-elections.

ROCHESTER, November 21 (Sputnik), Mark Hirst – The anti-EU United Kingdom Independence Party (UKIP) believes their win at the Rochester and Strood by-election indicates the party is on course to hold the balance of power at the 2015 UK General Election, UKIP member of the European Parliament David Coburn told Sputnik on Friday.

"I think this confirms our belief that we will be holding the balance of power at the next election and through that we will be able to force a referendum on the European Union and if we win the General Election outright we will put it through," Coburn told Sputnik.

"One way or the other we will have a decision on whether the UK stays within the European Union," he stressed.

"The honest truth is that there are a lot of SNP voters who aren't happy with the European Union either," Coburn told Sputnik. "Personally I think that is a more honorable position. If you want independence, you really want it no matter what the consequences are economically."

Earlier in the day, SNP Member of Parliament Angus Robertson said UKIP's win underscored the need for the four constituent parts of Britain to each have a final say on whether the country withdraws from the European Union.

"This is yet another unwelcome step by the UK closer to the European exit door," Robertson said in a statement. "In any future in/out EU referendum, all four nations — Scotland, England, Wales and Northern Ireland — should have to vote to quit, as well as the UK as a whole, for a UK exit to happen."

UKIP won Thursday's Rochester and Strood by-election with a majority of 2,920. The contest resulted from the defection of sitting Conservative Member of Parliament, Mark Reckless, who joined UKIP in September, triggering the by-election.

UKIP Leader Calls on Queen to Speak Against Scotland’s Independence