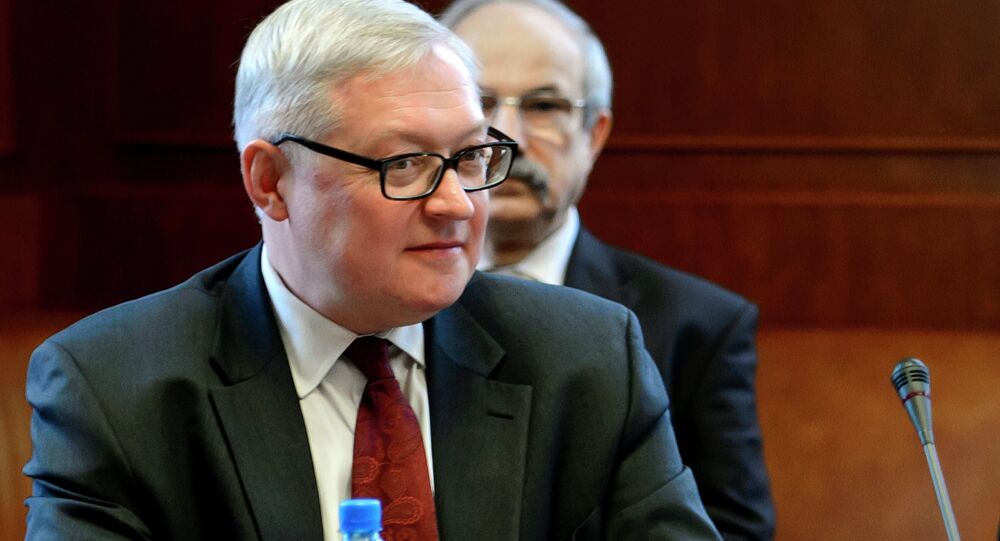 Russian Deputy Foreign Minister Sergei Ryabkov said that Russian decision not to participate in the preparations for nuclear security summit should not be associated with relations between Moscow and Washington.

MOSCOW, November 21 (Sputnik) – Russia's decision not to participate in the preparations in the nuclear security summit in 2016 should not be associated with the relations between Washington and Moscow, Russian Deputy Foreign Minister Sergei Ryabkov said Friday.

"The decision of not participating in the preparations to the nuclear security summit is by no means over what is happening in the relations with the United States or has anything to do with the events in Ukraine or any other reason," Ryabkov said during a non-proliferation conference in Moscow.

The next bi-annual summit on nuclear cooperation will be held in Chicago in 2016. Its stated goal is to enhance nuclear security around the world.

Russian-American relations deteriorated in 2014 following their row over Moscow's alleged involvement in the Ukrainian crisis.

The Russian Foreign Ministry confirmed in early November that the country would not attend the preparatory meetings for the summit. According to the ministry, Russia informed its US colleagues of the decision in mid-October.

The ministry said in a statement that the summit suffered from various shortcomings, including discrimination against all participants, except for the host countries of previous and upcoming summits, such as the United States.

Instead, Russia has pledged to attend a similar nuclear conference also to be held in 2016 by United Nation's International Atomic Energy Agency (IAEA).