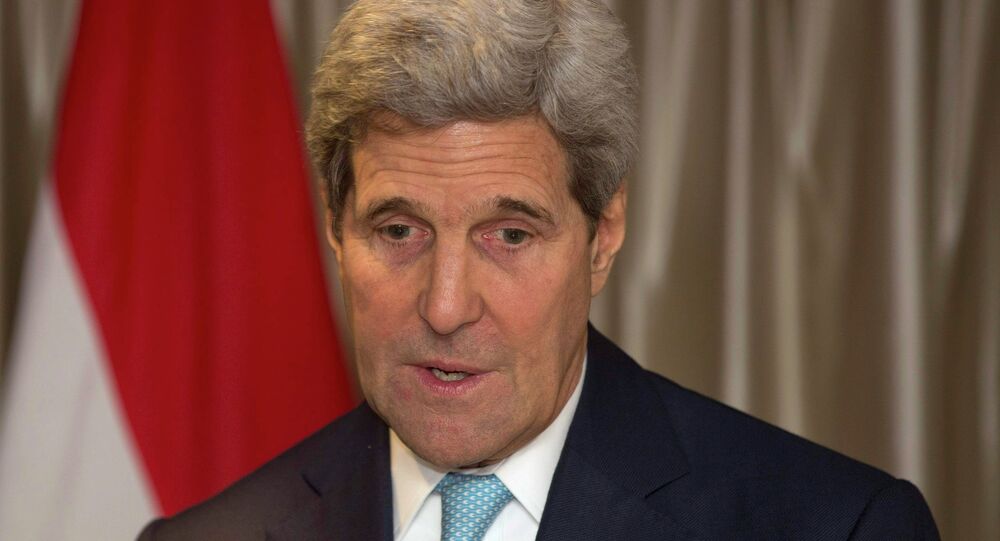 Kerry to Arrive for Iran Nuclear Talks in Vienna Thursday

US State Department spokesperson Marie Harf stated that John Kerry will arrive in Vienna for the talks on the Iranian nuclear program late Thursday.

VIENNA, November 30 (Sputnik) — US Secretary of State John Kerry will arrive in Vienna for the talks on the Iranian nuclear program late Thursday, though the date of his departure remains unknown, State Department spokesperson Marie Harf said.

"John Kerry will travel to Vienna tonight to check in on Iran Talks. His date of departure from Vienna is not yet determined," Harf wrote on her Twitter account.

Kerry"s arrival will propel the talks into a more serious direction, an Iranian delegation source told reporters earlier in the day. A breakthrough in the tough nuclear talks depends on Washington's willingness to lift sanctions previously imposed on Tehran, the source added.

Iran wants to see all sanctions against it canceled as soon as a comprehensive deal is signed, while the United States has so far only conceded to scaling them down over an extended period of time.

The final round of Tehran's talks with the P5+1 group, comprising Russia, the United States, the United Kingdom, France, China and Germany, began in Vienna on Tuesday.

Tehran claims its nuclear development is aimed purely at civilian needs, such as meeting the country's growing energy needs. However, the West suspects Iran of developing a nuclear weapon under the guise of a peaceful program. Iran's earlier nuclear activities triggered the imposition of sanctions against Iran by the UN Security Council, as well as by the United States and the European Union.

During a round of talks held in Geneva in November 2013, negotiators agreed to strike a long-term deal with Iran by July, with Tehran taking steps to ensure the peaceful nature of its nuclear program in exchange for the partial lifting of sanctions. The deadline for the agreement was later extended to November 24, 2014.