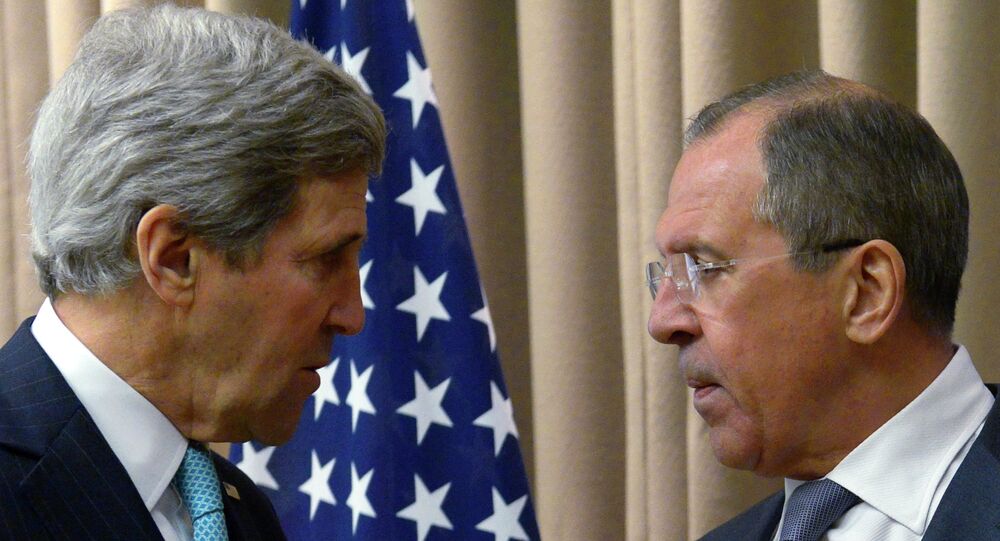 John Kerry told his Russian counterpart Sergei Lavrov to ignore US President’s statement in which Obama listed Russia as one of the main threats to the world on par with terrorism and Ebola.

"I noticed the list of threats that President Obama allowed himself to say even back during his speech in the UN General Assembly… While talking with John Kerry a while ago, I asked him what this meant. He said: 'Don't pay any attention,'" Lavrov said during a meeting in the lower house of parliament.

In a speech at the G20 summit on November 15, Obama called Russia's alleged aggression toward Ukraine a "threat to the world," echoing his UN General Assembly speech made in late September, in which he listed Russia among the gravest global threats along with the Ebola virus and the rise of terrorism in Iraq and Syria.

Lavrov previously noted that Obama's statement does not reflect the perception of Russia in the world, saying such a viewpoint is a distortion of reality that is beyond reason.

Russia has repeatedly denied its involvement in the conflict, but the West has nevertheless imposed several rounds of sanctions, targeting certain high-ranking officials as well as the country's energy, defense and banking sectors.