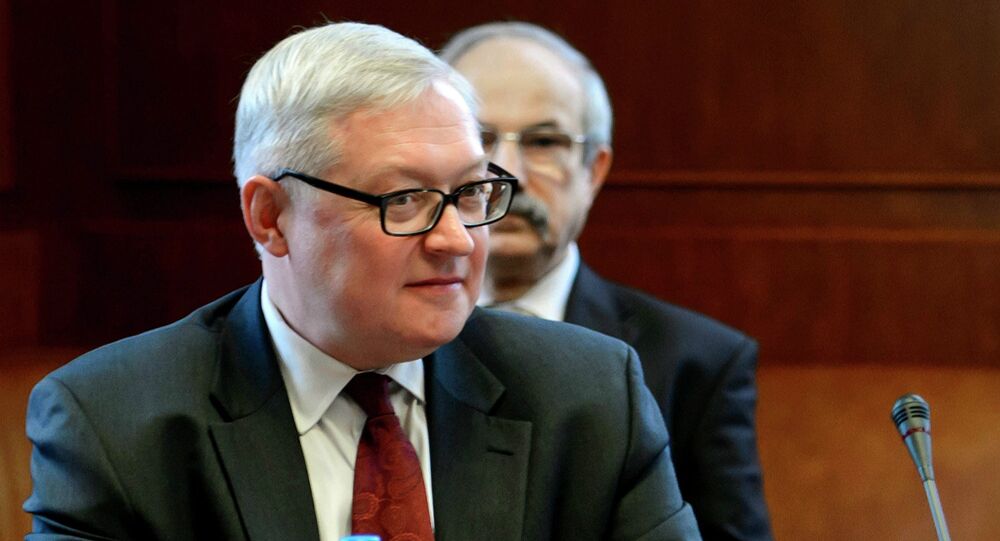 The Russian Deputy Foreign Minister stated that Russia hopes Vienna talks will help to at least set the foundation for the solving of Iranian nuclear program issue.

"The decision will depend on whether we are able to find a compromise or manage to at least elaborate a basis for the settlement for the Iranian nuclear program, that is the framework that will later add supplements and concrete elements," Ryabkov said, commenting on the participation of Russian Foreign Minister Sergei Lavrov in Vienna talks.

According to Ryabkov, Russian Foreign Minister Sergei Lavrov will not visit Vienna unless progress is made in talks over Iranian nuclear program.

The West and Israel have long accused Iran of attempting to develop nuclear weapons under the guise of a civilian nuclear program, while Tehran argues that its nuclear development is aimed at meeting the country's growing energy needs.

In November 2013, during talks held in Geneva, the P5+1 group of international mediators comprising Russia, the United States, the United Kingdom, France, China, and Germany agreed to reach a deal with Tehran, guaranteeing the peaceful nature of the Iranian nuclear program by July 2014. The deadline for the agreement was later postponed to November 24, 2014.

On Tuesday, the sides started a final round of talks on Iran's nuclear program in Vienna, Austria.

Russia, Unlike the US, Recognizes Iran as Growing Power: Middle East Expert

No Sanctions Relief Until Iran Vows to Аbandon Nuclear Program: US Senators