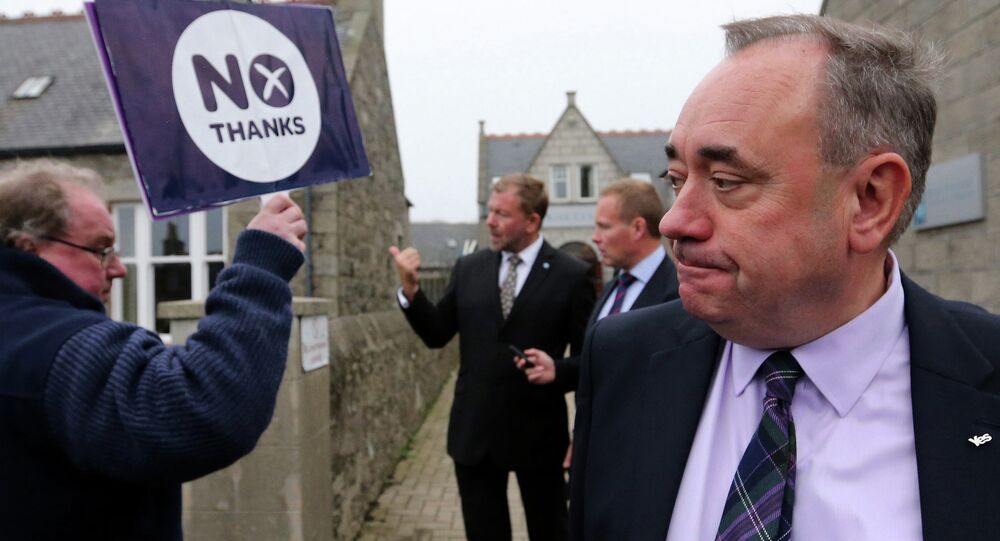 During his recognition speech, Scotland's outgoing First Minister Alex Salmond praised the nation for realizing its talents and democratic spirit.

"The last twelve months have been an extraordinary example of this nation's talents and capabilities. We managed a referendum that has been hailed around the world as a model of truly participative democracy," Salmond said.

According to the outgoing first minister, "Scotland is now the most energized, empowered and informed electorate of any country in Europe," and has "sustained, critical, constructive engagement involving people in every part of the country".

"We have a new generation of citizens who understand their vote matters and that their voice will be heard and know that their vote can shape the society they live in," he told Scottish lawmakers.

Salmond will be replaced by his former Deputy First Minister, now leader of the SNP, Nicola Sturgeon. His resignation comes weeks after Scottish voters rejected independence in an historic referendum held September 18, when 55 percent of the electorate opted to remain part of the United Kingdom.

Scotland's new First Minister took to social media to describe her thoughts on Salmond's departure from frontline Scottish politics. "It has been a privilege to serve as his deputy. A great boss, true friend, brilliant First Minister," Sturgeon said on Twitter.

According to David Coburn, member of the European Parliament for the Ukip party, which opposes Scottish independence, Salmond's legacy is one of division.

"[Salmond] has divided a nation. People have fallen out with members of their own family. A quarter of Scots never want another referendum ever again. Salmond has tried to generate hatred against the English. I think the SNP are a racist party and don't like the English and have left a taint of racism on the Scots," Coburn told Sputnik.

Salmond rose to prominence within the SNP in the early 1980s. A former Royal Bank of Scotland economist and graduate of St Andrews University, Salmond was briefly expelled from the SNP in 1982 for his membership of the Socialist 79 Group, a left-wing internal grouping that was trying to influence party policy.

In March Salmond caused a political row in the United Kingdom following an interview with Tony Blair's former Head of Communications, Alistair Campbell, when he made positive comments about Russia and specifically Russian President Vladimir Putin. Answering Campbell's question of whether he admired President Putin, the minister responded: "Certain aspects… [President Putin] restored a substantial part of Russian pride and that must be a good thing. Russians are fantastic people, incidentally, they are lovely people."

The latest survey of public opinion by polling company Survation, published Tuesday, put the SNP on 45.8 percent for Westminster voting intentions, its highest ever rating. The Labour Party was on 23.9 percent, Conservatives on 16.7 percent, Liberal Democrats on 6.1 percent and Ukip on 4.8 percent.

Fans Upset by 'Planned' Clashes Ahead of Scotland-England Game: Manager