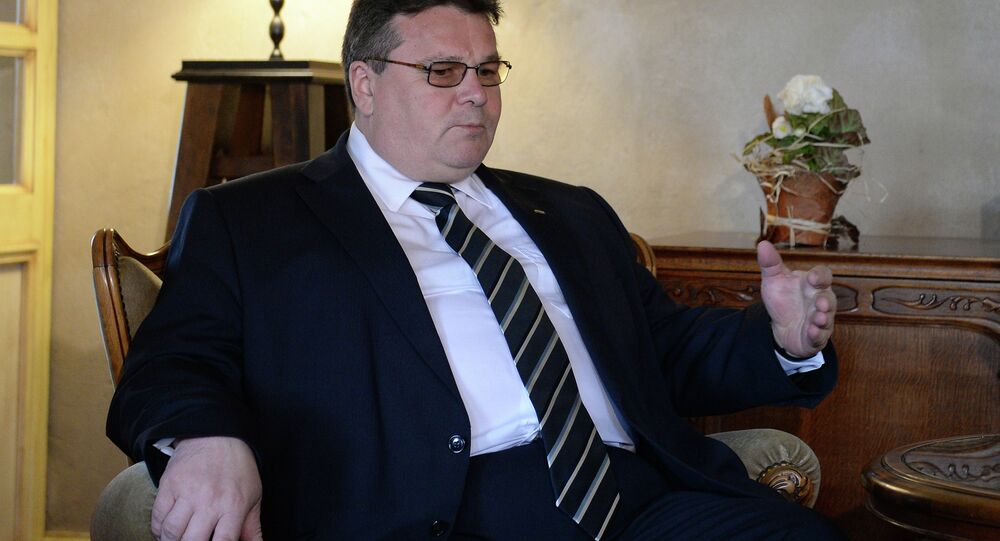 Linas Linkevicius called on the European Union to intensify its pressure on Russia over the Ukrainian crisis.

"By continuing to send military equipment and fighters to Ukraine Russia… evidently violates the Minsk agreements. Therefore, the EU [European Union] has to tighten its response. We must set clear deadlines for Russia to de-escalate the situation, and if it does not meet them, we should impose new sanctions," Linkevicius participating in the meeting of the EU states' foreign ministers said, as published on the foreign ministry's website.

Western countries have repeatedly accused Russia of meddling in Ukraine's internal affairs, sending troops to Ukraine, and have gone as far as to claim that Moscow planned an invasion. However, none of these statements have been supported with any evidence.

Russia has repeatedly denied its role in the inner Ukrainian conflict. The Russian Ministry of Defense has reaffirmed that no Russian military equipment and ammunition has been sent to independence supporters in eastern Ukraine.