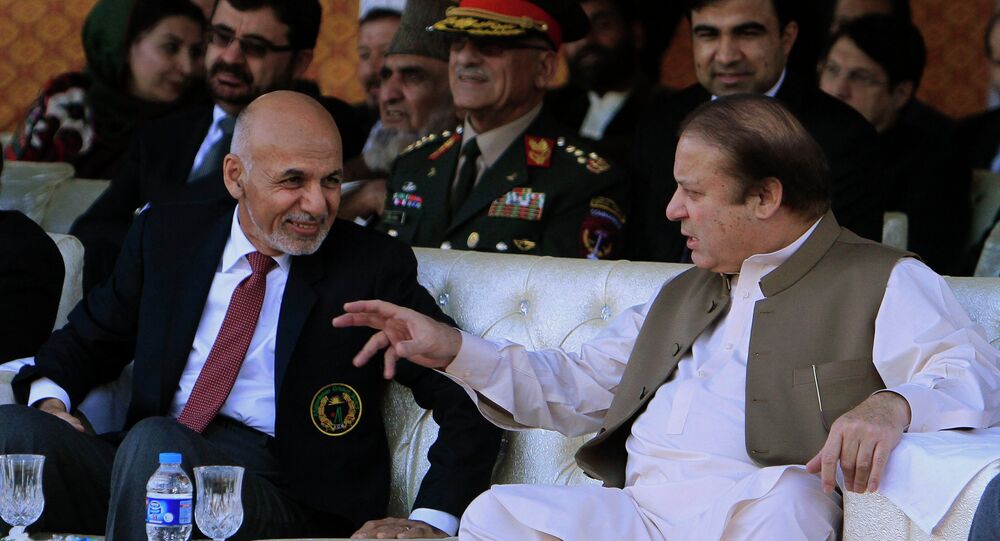 Afghanistan’s President Ashraf Ghani has come to Islamabad, Pakistan, for the first time since taking office in September, to meet Pakistan’s Prime Minister Nawaz Sharif to improve ties between the two countries.

Both leaders plan to begin a new era of economic cooperation, with Afghan President Ashraf Ghani saying three days of talks have ended 13 years of differences. Ghani was presented with the Guard of Honor upon his arrival and was greeted by officials from the Pakistani government, reports Express Tribune.

“Our two countries face formidable challenges including extremism and terrorism, a precarious security environment and transnational crimes,” said the prime minister of Pakistan.

He further highlighted Pakistan’s commitment to cooperation with Afghanistan, including border security and defense, reconstruction and rehabilitation, parliamentary exchanges and educational associations.

The leaders said collaboration on economic and energy issues would form the basis of better security in the troubled region as US-led NATO troops leave Afghanistan after more than a decade.

As stated by Express Tribune, the Afghan president, who is accompanied by a high level delegation of nearly 100 people, aims to seek Pakistan’s help in talks with the Taliban to avoid any instability in the post-NATO Afghanistan.

The foreign ministry of Pakistan said in a statement that discussions would be held on all levels of Pakistan-Afghanistan bilateral relations during Ghani’s visit.

The two sides further discussed their plan to work together on the CASA-1000 electricity line and the ambitious $7.6 billion Turkmenistan-Afghanistan-Pakistani-India (TAPI) gas pipeline. The 1,800km TAPI project targets to link the gas fields of Central Asia to markets in Pakistan and India, with international giants ExxonMobil, Chevron, Petronas, BP and Total all interested to be involved, reports AFP.

After talks between Ghani and Sharif on Saturday, the two sides' finance ministers signed a deal meant to doubling trade between the two countries to $5 billion by 2017, as well as simplifying customs protocols, states AFP.

The fact that Ghani has chosen to make Islamabad the destination for his first bilateral visit since taking power in September is seen as an important sign aimed at improving ties.

Troop Drawdown in Afghanistan May Expose Pakistan as Source of Instability: US Congressman

Afghan Refugees in Pakistan Barred From Voting in Presidential Election