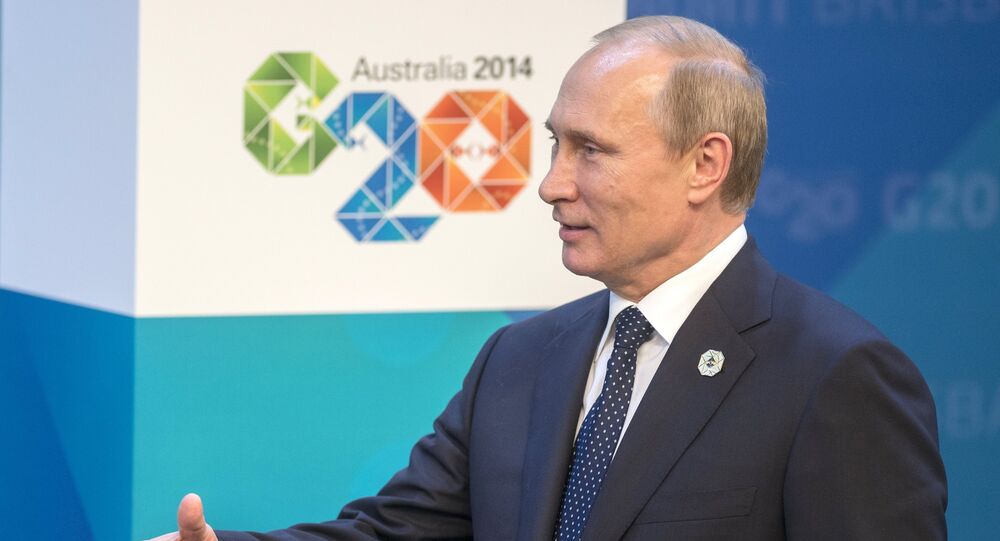 "At the closing of the evening program of the G20 summit [in Brisbane] Vladimir Putin held bilateral meetings with German Chancellor Angela Merkel and European Commission President Jean-Claude Juncker. The discussions were very long and thorough, bilateral relations have been discussed… The sides also focused on exchanging opinions on the situation in southeastern Ukraine. President Putin explained in details the Russian approach to the conflict,” Dmitry Peskov said.

The Russian delegation, headed by President Vladimir Putin, arrived in Brisbane on Friday to attend the ninth G20 summit. Before the start of the summit, the western media anticipated Russia would come in for heavy criticism by the summit's western participants over allegedly being involved in the internal crisis in Ukraine.

Putin’s meetings with G20 leaders so far have been marked by mutual understanding to ameliorate the relations between Russia and the West that have gone downhill since the eruption of crisis in Ukraine, with several rounds of sanctions currently being in force against Russia.

No Statement Against Moscow Made at G20 Summit: Russian Delegation

G20 Summit in Facts and Details

The G20 in Numbers