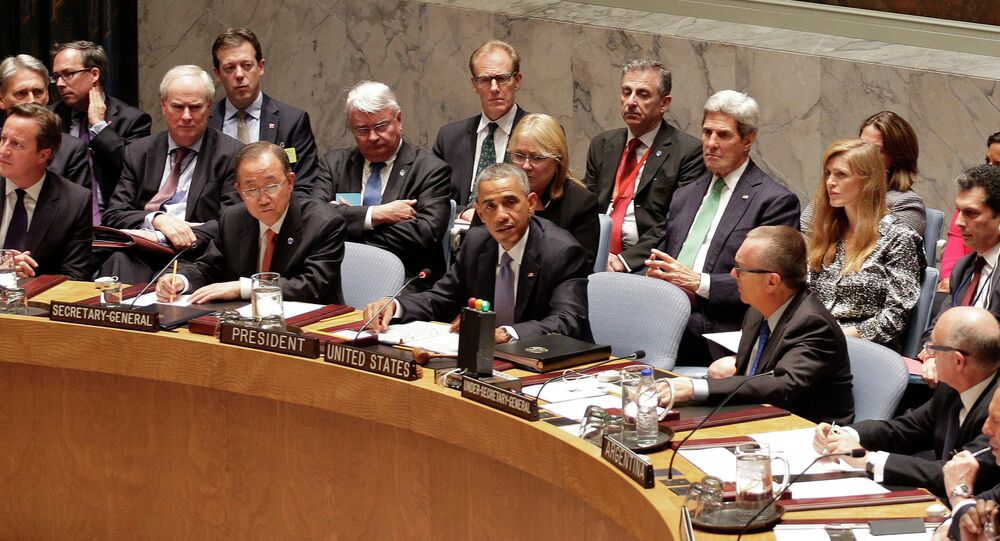 First Deputy Permanent Representative of Russia in UN Alexander Pankin claimed at the Security Council meeting that Kiev's claims about Russian forces on the territory of Ukraine are used to justify its own misfortunes.

"To justify their [Kiev authorities'] misfortunes and the massive sending to the front of people and equipment we are hearing declarations about Russians sending weapons and members of the regular army [to Ukraine]," Pankin said.

He also noted that similar claims from NATO regarding the alleged movement of Russian forces in Ukraine were "propagandistic falsifications" with no proof, adding that the Russian-Ukrainian border received a great amount of attention and could easily be monitored from space.

The conflict in Ukraine escalated in mid-April, when Kiev launched a military operation against independence supporters in eastern Ukraine who refused to recognize the new government that came to power as a result of the February coup.

Ukrainian authorities and Western nations have accused Moscow of meddling in Ukraine's internal affairs and escalating the crisis, although Russia has repeatedly denied any involvement in the conflict.