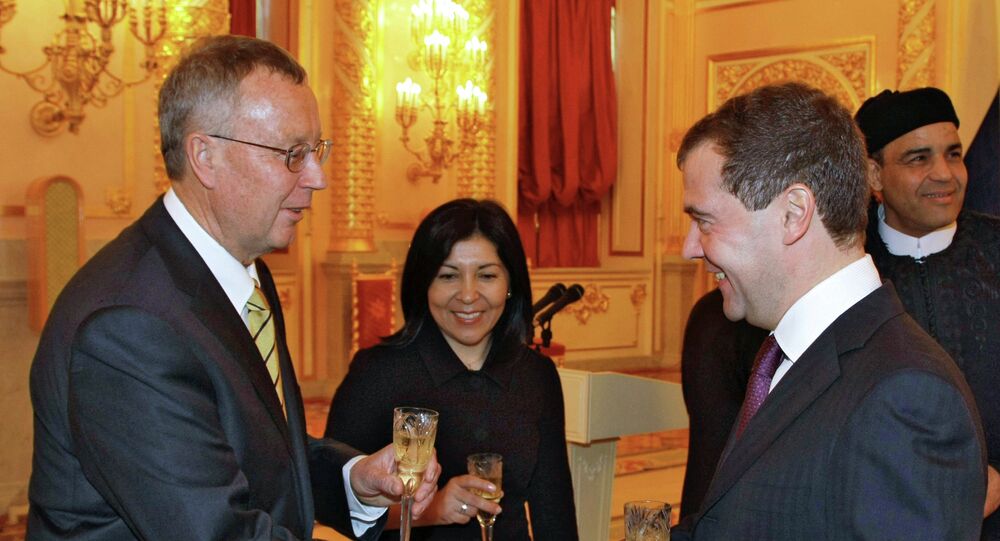 "If I may, I would recommend Russia [in the current situation] to be vigilant and to choose friends wisely," Ramos Urzagaste said at a roundtable conference held at the press center of International Information Agency Rossiya Segodnya.

The ambassador believes that Moscow needs to exclude "strong distractors" who intentionally take Russia's attention away from the country's true friends.

"Russia has a lot of allies including friends in Latin-American regional organizations such as the Bolivarian Alliance for the Peoples of Our America, and the Community of Latin American and Caribbean States," she added.

Ramos Urzagaste also went on to comment on the nature of Russia's relations with the United States that have worsened recently in light of the Ukrainian crisis.

"The US interest towards different countries, including Russia, is to take control over natural resources. The US government does not need them [natural resources] for itself but for the transnational corporations," Ramos Urzagaste said.

Amid the deterioration of Russia-US relations and sanctions that the United States, alongside other Western countries, has imposed on Russia, earlier in October Bolivian President Evo Morales expressed support for Moscow and called the sanctions "economic terrorism."