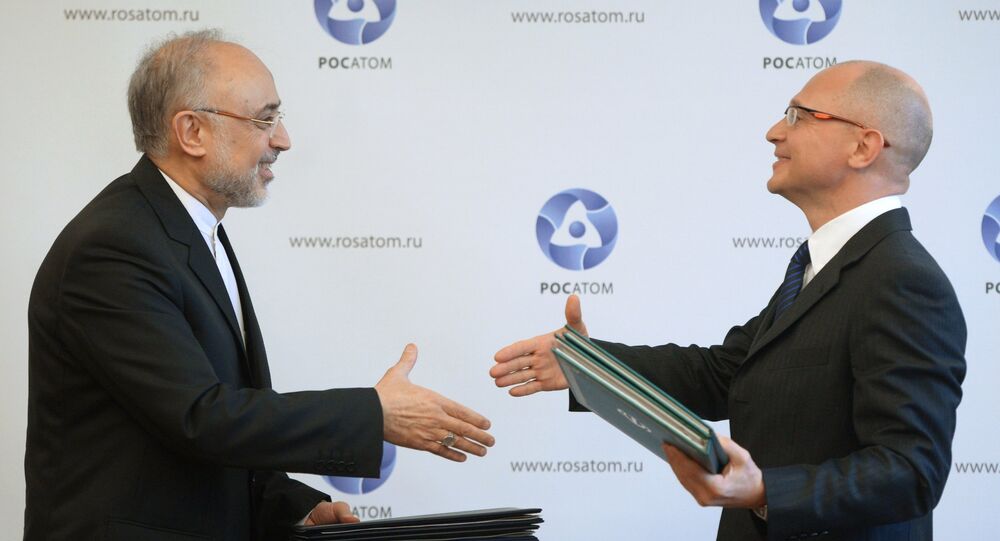 Tehran aims at deepening its relations with Moscow, the Iranian ambassador to Russia stated Wednesday.

MOSCOW, November 12 (RIA Novosti) – Tehran is aiming to deepen its relations with Moscow, the Iranian ambassador to Russia stated Wednesday.

The ambassador expressed hope that a nuclear energy agreement between the two countries signed Tuesday and the overall expansion of economic cooperation will contribute to the development of bilateral relations.

"There are a lot of projects: industry, transport and issues of export and import from Iran and Russia, as well as the construction of six units of coaling stations, in addition to Bushehr nuclear plant's power generating units," Sanaei said.

On Tuesday, Russia and Iran signed a number of agreements on cooperating on the construction of two nuclear reactor units at the Bushehr nuclear power plant, using Russian technology, with the possibility of building six more in the future.

Among the agreements was also an inter-agency memorandum of understanding for the expansion of cooperation in the field of nuclear energy for peaceful purposes.