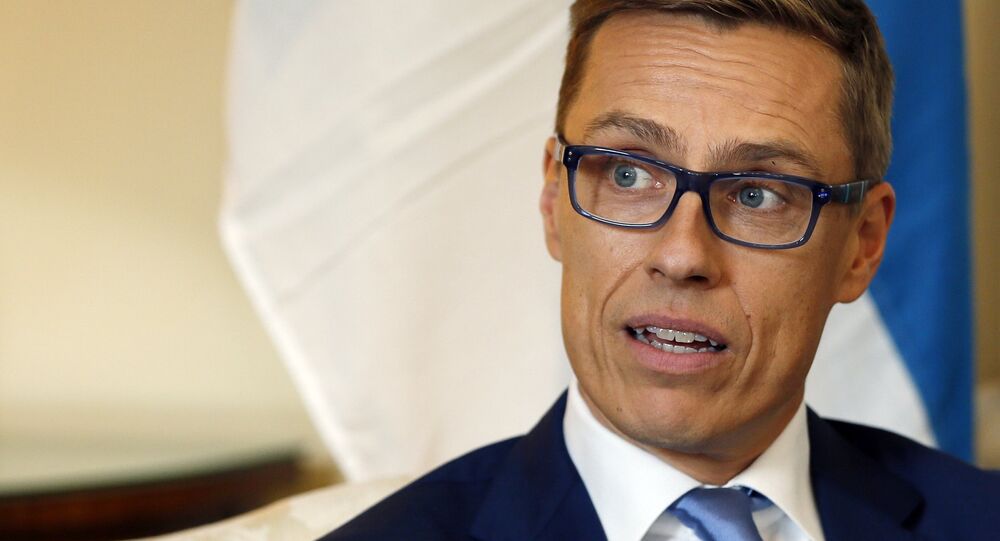 "It [sanctions] is the only option we can use, soft but firm at the same time, and it should be applied," Stubb told Yle Finnish TV-channel.

Regarding the current state of affairs, Finland must work in two ways: sticking to the EU line and checking that the EU voice is unanimous, according to the prime minister.

"In many ways we are on the threshold of a Cold War… There is no sense in bailing Finland up to the gray zone, where we found ourselves during previous Cold War," Stubb said referring to Russian foreign policy doctrine toward bordering nations during the Cold War.

Stubb, however, believes that Finland has to maintain good relations with Russia at the political level, in particular among state officials.

Last month spokesman for the Russian Foreign Ministry Alexander Lukashevich said that relations between Finland and Russia serve as "an example of good neighborliness, equal and mutually beneficial cooperation in various fields."

Relations between Russia and the West soured as a consequence of Russian alleged role in the Ukrainian crisis. At the end of July the European Union and the United States imposed sanctions on Russian politicians, businessmen, and companies, primarily connected with defense, energy supply and the state banking system. In response on August 7, Moscow limited imports from the countries participating in the anti-Russian sanction policy such as the United States, the European Union, Canada, Australia and Norway.

EU to Discuss Expansion of Sanctions Against Russia Next Week: Mogherini