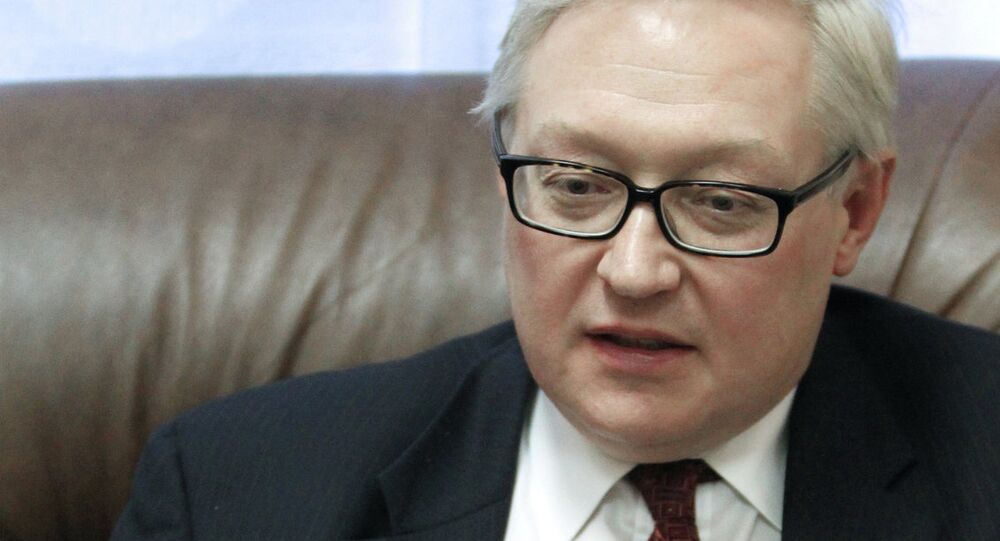 Russian Deputy Foreign Minister Sergei Ryabkov stated that sanctions imposed by the UN Security Council on Iran over its nuclear program remain a major dispute at the nuclear talks.

“The sanctions, their future and their removal, of course, are nearly a main issue at these talks. As we understand, great attention to this issue was paid at bilateral meetings of Iranians and their US and EU colleagues,” Ryabkov said.

“As far as unilateral sanctions against Iran are concerned… we have always said that these sanctions have no legal basis and must be eliminated,” he added.

Iran's nuclear program has been a matter of concern for many countries. The West has accused Iran of attempting to build nuclear weapons under the guise of a civilian nuclear program despite Tehran's claims that the program is of peaceful nature.

In 2006, the UN Security Council imposed the first round of sanctions on Iran over the country's failure to meet the demand to suspend all uranium enrichment-related and reprocessing activities. The council blocked the import and export of sensitive nuclear material and equipment.

The Security Council also froze the financial assets of individuals and entities that support nuclear activities proliferation or the development of nuclear-weapon delivery systems.

In November 2013, during talks in Geneva, the P5+1 group, comprising Russia, the United States, the United Kingdom, France, China and Germany, agreed to reach a deal with the Tehran delegation guaranteeing the peaceful nature of the Iranian nuclear program by July 2014. The deadline was later extended to November 24, 2014.

Difficulties Emerge in Nuclear Talks With Iran, But No Deadlock: Deputy FM