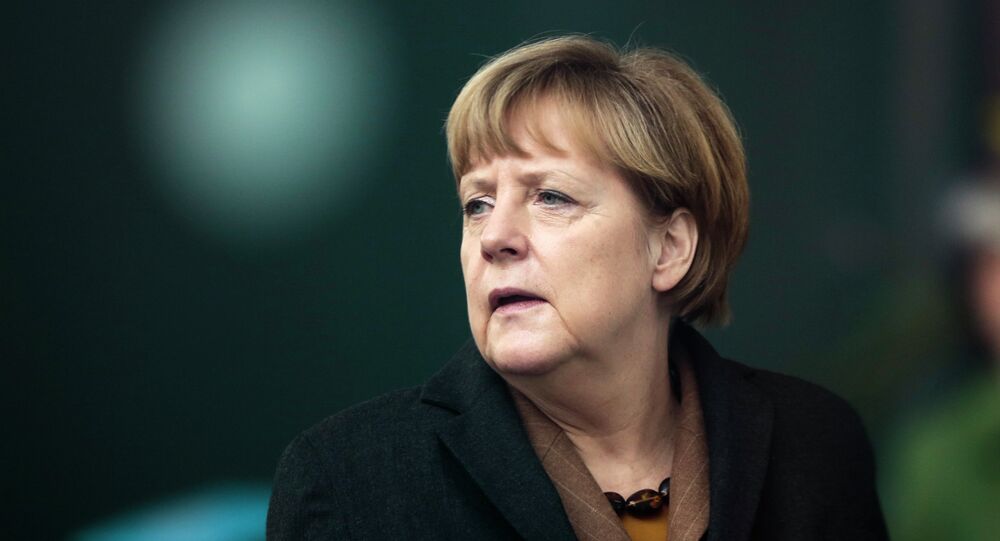 Merkel: Further Anti-Russian Sanctions Will Only Include Travel Ban

A potential round of Western sanctions against Russia will most likely be limited to the addition of names to existing travel blacklists.

MOSCOW, November 11 (RIA Novosti) – Another round of Western sanctions imposed on Russia over Ukraine is unlikely to go beyond adding more names to the travel blacklist, Reuters quoted German Chancellor Angela Merkel as saying Tuesday.

She also said that she would seek to expand the blacklist for the members of the newly elected authorities of the Donetsk and Luhansk people's republics (DPR and LPR).

The European Union, the United States and a number of their allies have imposed several rounds of economic sanctions against Russia over the country's alleged role in the Ukrainian crisis, which Moscow has repeatedly denied.

The West has linked the possible lifting of sanctions with the successful implementation of the so-called Minsk agreements, reached by Kiev and eastern Ukrainian independence supporters in September.

Russia said it respects the November 2 elections in the self-proclaimed DPR and LPR, though, not officially recognizing them. However, the European Union has seen Moscow's stance as a breach of the Minsk agreements.