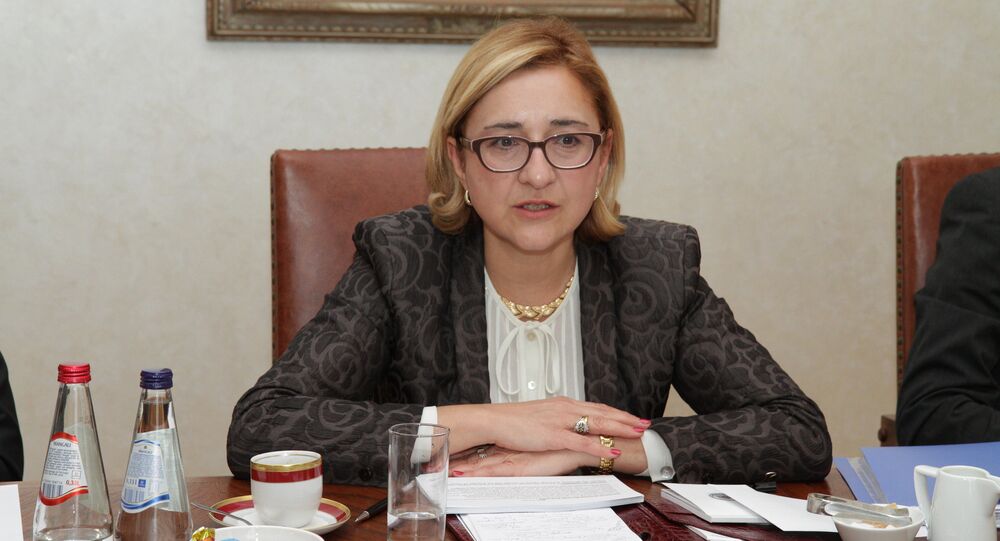 "I want to introduce Tamar Beruchashvili as the head the Ministry of Foreign Affairs of Georgia," the prime minister was quoted as saying by RIA Novosti correspondent at a press briefing.

Garibashvili added that Beruchashvili "knows exactly what to do in the area of foreign policy, knows exactly what challenges stand before the country today and how to continue effectively the course that our country carries," Novosti-Gruzia agency reported.

On November 4, Georgian Prime Minister Irakly Garibashvili sacked the country’s defense minister, Irakly Alasaniya, saying he would not allow the politicization of that particular ministry.

The announcement came hours after Alasaniya stated that a "targeted attack" was being carried out against the defense sector, referring to criminal cases filed against Defense Ministry officials.

Shortly after, State Minister of Georgia on European and Euro-Atlantic Integration Alex Petriashvili, who is also a member of Alasaniya’s Free Democrats party and the Georgian Dream coalition, announced his resignation.