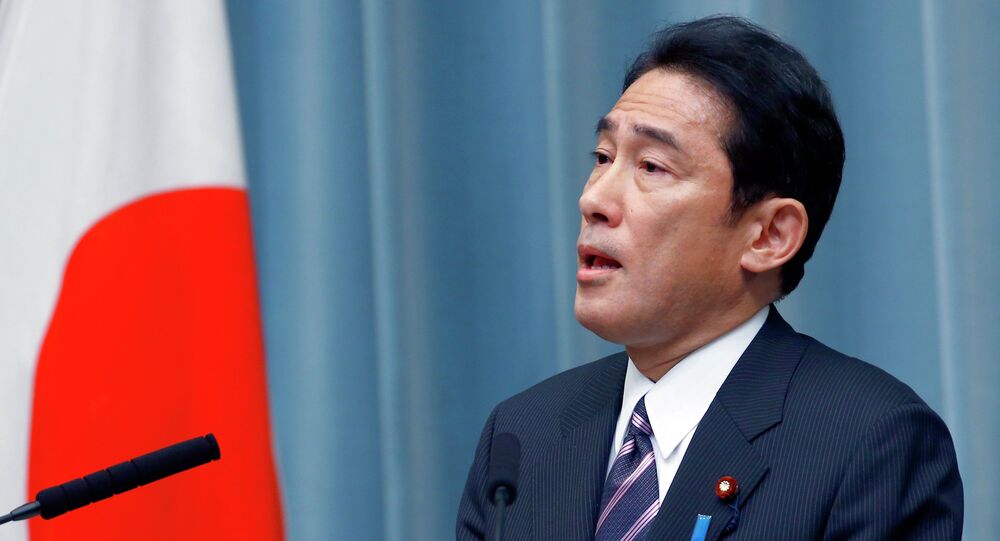 Japanese Foreign Minister Fumio Kishida stated at a press conference that Political dialogue with Russia is important to Japan.

"Our country views the interaction with G7 countries on Ukraine with great attention and has taken appropriate measures with regard to Russia. However, we believe that political dialogue between Russia and Japan is of great importance and the November 9 [Asia-Pacific Economic Cooperation (APEC)] summit was held in that context. [Leaders] agreed to make concrete preparations for the realization of President Putin's visit to Japan in due time next year," the minister said.

The exact date of the Russian president's visit to Japan is subject to a "comprehensive consideration of various factors," according to Kishida. Preparations for his visit will include consultations at the level of deputy foreign ministers and the Japanese foreign minister's trip to Russia.

Japanese Prime Minister Shinzo Abe met Putin on November 9 in Beijing on the sidelines of the APEC summit. The two leaders exchanged views "on the important issue of the Northern Territories," as referred to the four southern Kuril Islands under dispute by Japan, the minister said. Talks to conclude an unsigned World War II peace treaty will resume, Kishida added.

Putin's press secretary Dmitry Peskov confirmed that the two sides agreed to continue cooperation prior to the Russian president's visit to Japan planned for 2015.

Following in the footsteps of the United States and the European Union, Japan imposed several rounds of sanctions against a number of Russian banks and officials and stopped working on agreements with Moscow in response to Russia's alleged involvement in the Ukrainian crisis. It was the last among Group of Seven nations to do so, and marked a regression in Russia-Japan relations, according to the Russian Foreign Ministry.

Japan Hopes for Progress in Negotiations With Russia Over Kuril Islands Dispute: Minister