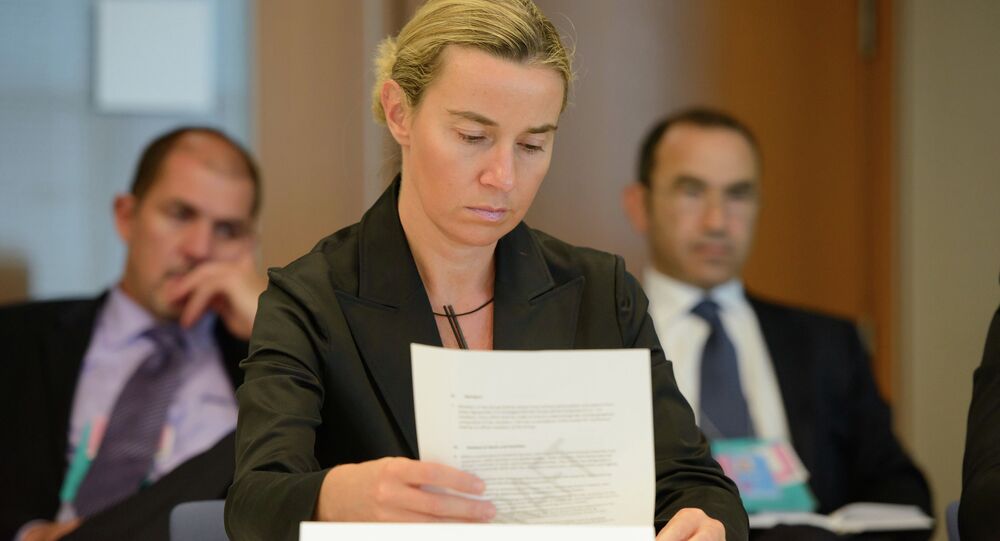 EU to Discuss Expansion of Sanctions Against Russia Next Week: Mogherini

High Representative of the European Union for Foreign Affairs and Security Policy Federica Mogherini said the EU ministers will discuss the expansion of sanctions against Russia next week.

MOSCOW, November 11 (Sputnik) – The heads of the European Union's foreign ministries will discuss the expansion of sanctions against Russia next week, the union's foreign policy chief Federica Mogherini said Tuesday.

The European Union, the United States and a number of their allies have imposed several rounds of economic sanctions against Russia over the country's alleged role in the Ukrainian crisis, which Moscow has repeatedly denied.

The West has linked the possible lifting of sanctions with the successful implementation of the so-called Minsk agreements, reached by Kiev and eastern Ukrainian independence supporters in September.

Russia said it respects the November 2 elections in the self-proclaimed Donetsk and Luhansk People's republics (DPR, LPR), though, not officially recognizing them. However, the European Union has seen Moscow's stance as a breach of the Minsk agreements.

Last week, German Chancellor Angela Merkel said that she sees no reasons to lift the sanctions anytime soon because of Russia's attitude toward the DPR and LPR elections.