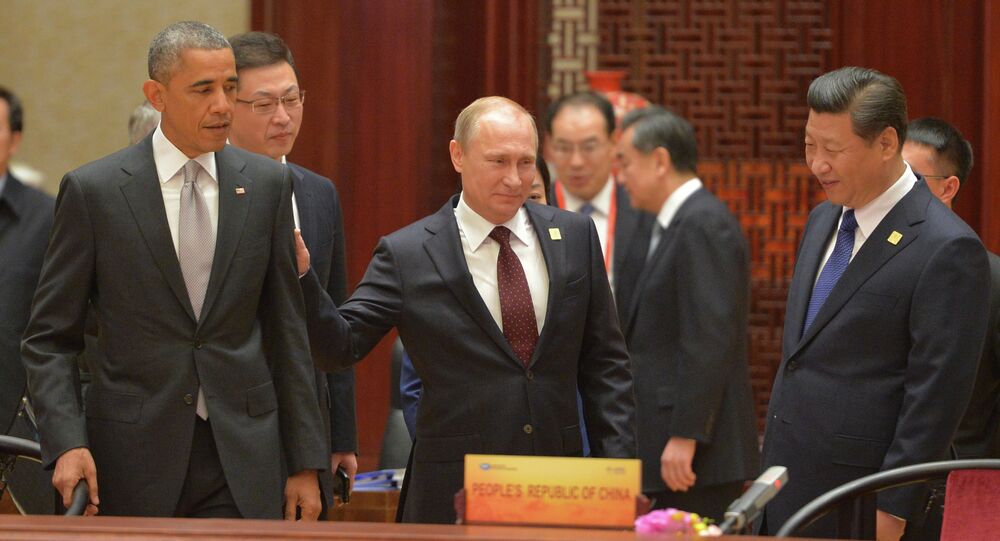 Vladimir Putin and Barack Obama spoke several times during the Asia Pacific Economic Cooperation summit in China; the two leaders discussed their countries' bilateral relations as well as the situation in Syria, Ukraine and Iran.

"Breaks [during APEC sessions] were used several times, even more than twice, [for Putin] to speak shortly with President Obama, they spoke for a short time, but were able to touch upon bilateral relations, Syria, Ukraine, and Iran," Peskov said.

On Monday, Peskov said that the leaders had greeted each other and exchanged a couple of words on the sidelines of the summit.

Obama's assistant Celeste Wallander stressed Friday that the presidents had not planned any formal talks neither at the APEC meeting nor at the G20 summit that will be held on November 15-16 in Australia.

The already existing differences between the Russian and US leaders deepened last August, when Obama cancelled his one-to-one meeting with Putin, following Russia's decision to grant asylum to the former US security contractor Edward Snowden.

The tensions between the two countries grew amid the Ukrainian crisis, as the West accused Russia of its alleged involvement in the conflict and imposed a range of sanctions. In a telephone conversation with the US president in August, Putin labelled them "counterproductive."

Lavrov to Meet With Kerry at APEC Summit: Foreign Ministry