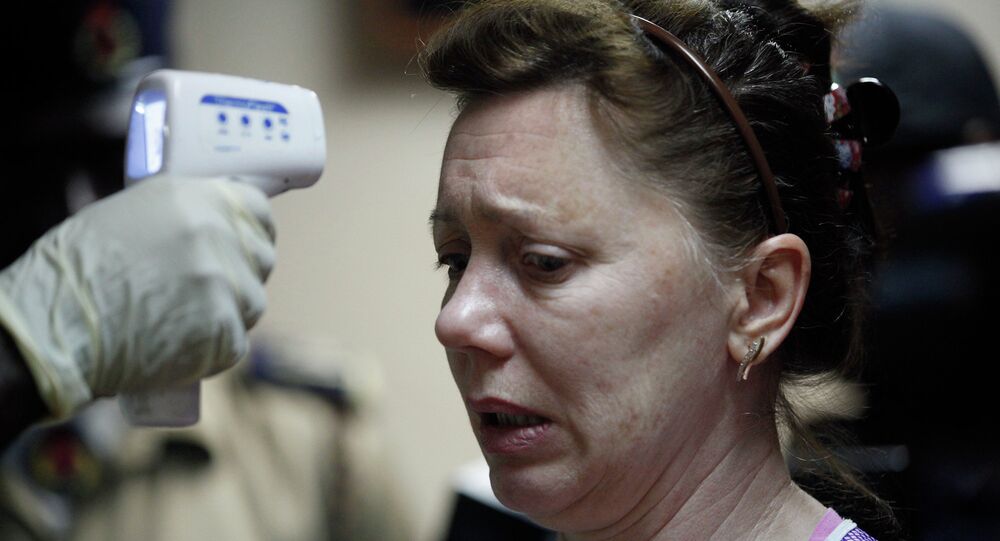 Canada has introduced strict public health measures from travellers from the Ebola-hit countries, which include reporting to a local health authority in Canada and self-monitoring for up to 3 weeks.

MOSCOW, November 11 (Sputnik) — The government of Canada has introduced tight public health measures for those traveling from the Ebola-affected countries.

"The new public health measures, which will take effect today, enhance the healthcare system's ability to detect and appropriately manage any possible cases of Ebola that might arrive in Canada," a statement issued by the Canadian government Monday said.

"Under the new measures, Quarantine Officers will order travelers with a travel history to Guinea, Sierra Leone or Liberia within the last 21 days to report to a local public health authority in Canada and self-monitor for up to 21 days," the statement added, noting that travelers may also be "immediately isolated and sent to hospital for a medical examination."

Meanwhile, last week Canada imposed a three-month wait on the processing of visa and residence applications for those "who have resided in, traveled to, or transited through EAC [Ebola-Affected Countries] during the last three months."

The current Ebola outbreak occurred in southern Guinea at the end of 2013 and soon spread to Liberia, Sierra Leone, Nigeria and Senegal. The latter two countries have recently been declared free of the virus.

The most recent estimates by the World Health Organization (WHO) indicate that the virus has claimed the lives of 4,960 people in eight countries.