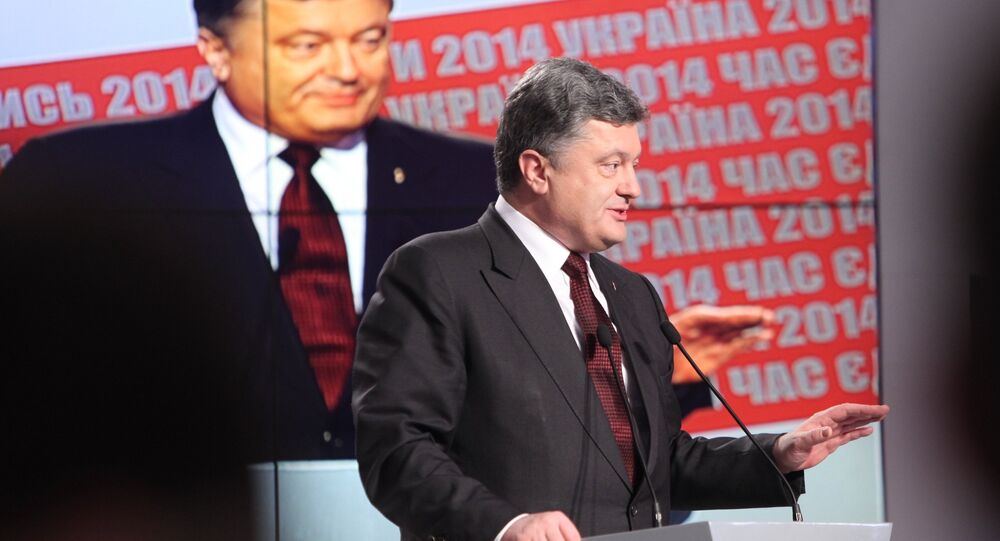 US Vice President Joe Biden has urged Ukrainian President Petro Poroshenko to deliver commitments, made to the Ukrainian people in the October 26 parliamentary elections, implementing reforms in the country and concluding a coalition agreement.

WASHINGTON, November 11 (Sputnik) – US Vice President Joe Biden has urged Ukrainian President Petro Poroshenko to swiftly implement reforms in the country and conclude a coalition agreement, the White House has said in a statement.

"…the Vice President urged the speedy conclusion of a coalition agreement to enable the Ukrainian government to continue the process of passing and then implementing reforms, and delivering on other commitments, made to the Ukrainian people in the October 26 parliamentary elections," the statement, released Monday following telephone talks between Biden and Poroshenko, said.

On October 26, Ukrainians went to polls in a snap election to the Ukrainian parliament, known as the Verkhovna Rada. Parts of the southeastern Donetsk and Luhansk regions under control of local militias did not vote. The areas in Luhansk that were able to vote showed the lowest turnout in the country of around 32 percent.

In the wake of the vote, Poroshenko and Ukrainian Prime Minister Arseniy Yatsenyuk entered talks to form a "powerful democratic coalition" of pro-European parties in the Rada, a move applauded by the West.

'Respecting' Elections in DPR, LPR Does Not Mean 'Recognizing': Kremlin

Poroshenko: Kiev Not to Ever Recognize Elections in Donbas