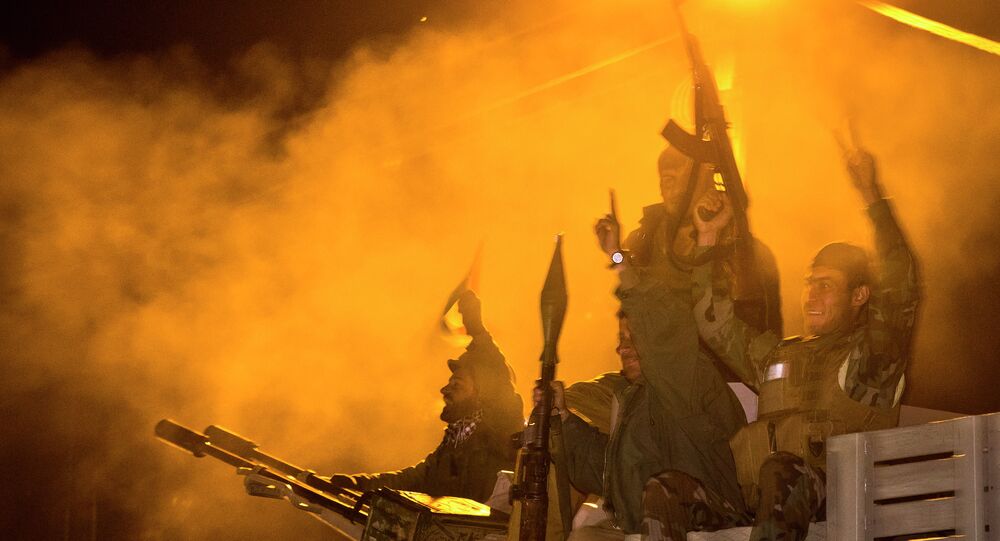 UK plans to support the US program to train the Syrian opposition to fight IS extremists, providing aid to Syria's moderate opposition.

"We are providing non-lethal equipment and the UK expects to make a significant contribution to the US led-Train and Equip program," Hammond said as quoted by the British Foreign Ministry in a Monday press release.

The United States launched a program to train the Syrian opposition to fight IS extremists after US President Barack Obama announced his strategy to defeat IS in September. The program stipulates providing aid to Kurdish fighters and "moderate" opposition in Syria.

Obama's strategy also implied creating an anti-IS coalition. The coalition, set up in September, currently comprises more than 60 countries and is carrying out airstrikes against IS targets in Syria and Iraq.

IS, also known as the Islamic State of Iraq and Greater Syria (ISIS) or the Islamic State of Iraq and the Levant (ISIL), has been fighting the Syrian government since 2012. In June 2014, the extremist group expanded its attacks to northern and western Iraq and declared an Islamic caliphate on the territories that had fallen under its control. The United States first authorized airstrikes against IS positions in August.

US Strikes in Syria Directed At Khorasan Extremists, Not Al-Nusra: CENTCOM