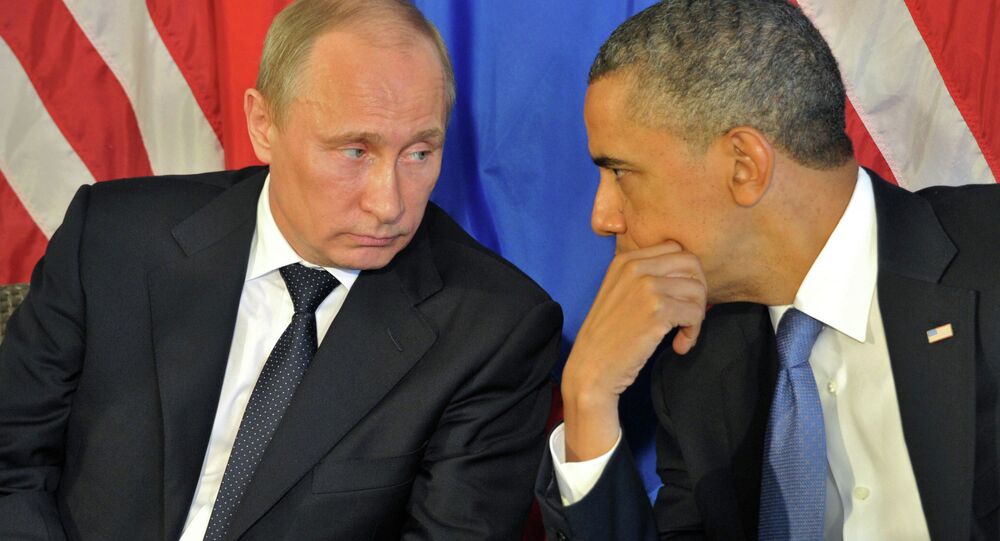 Russian President Putin and US President Obama expect that they will have an opportunity or a brief conversation on the sidelines of the APEC summit, Kremlin spokesman said.

BEIJING, November 10 (RIA Novosti) – The presidents of Russia and the United States, who had a brief encounter earlier Monday, plan to hold a meeting on the sidelines of the Asia-Pacific Economic Cooperation (APEC) summit in the Chinese capital of Beijing, Kremlin spokesman Dmitry Peskov said Monday.

"They [Vladimir Putin and Barack Obama] greeted each other and exchanged a couple of words. The two presidents expect that they will have an opportunity for a brief conversation on the sidelines of the summit," he said.

A White House spokesman told RIA Novosti earlier in the day that the two leaders "only had a brief encounter where they didn't have time to cover issues."

Obama's assistant Celeste Wallander said last Friday the presidents had not scheduled any formal talks at the ongoing APEC meeting or at the G20 summit in Australia on November 15-16.

She added however that the absence of a formal agreement did not prevent the two from having a "good conversation" in the summer on the margins of the D-Day celebrations in Normandy, France.

The US and Russian leaders have not met for official bilateral meetings since President Obama canceled bilateral talks at last year's G20 summit in St. Petersburg. Only informal meetings have been held between the two presidents since then.